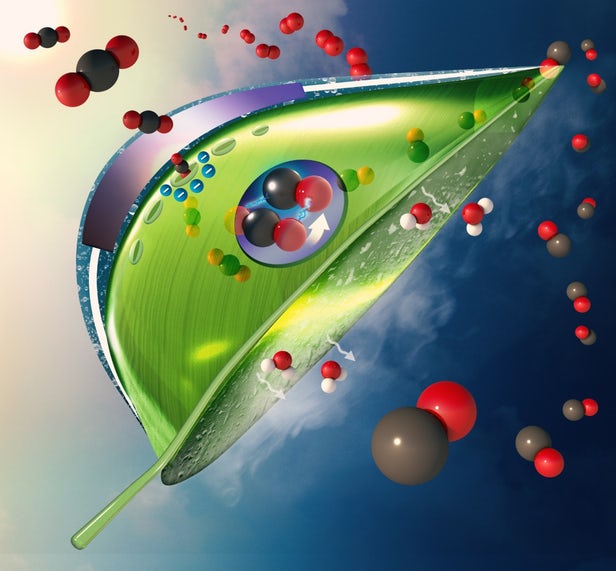 We all know, plants are the backbone of all life on Earth and are essential resource for human well-being. But the way we are constantly removing these, we are disturbing the balance of nature with the rise in greenhouse gas levels.

Revolutionary research by the engineers from the University of Illinois at Chicago has provided the solution to this problem. The researchers have built “artificial leaves”. Researchers believe that these artificial leaves could prove up to 10 times more efficient than the real leaves in terms of converting carbon dioxide (CO2) in to oxygen.

However these engineered leaves mimic photosynthesis effectively in the lab only, they haven’t translated to the real world. Reason behind this is that they use pure, pressurized carbon dioxide from tanks, but in the real world, they have to pull C02 from the air around them.

Meenesh Singh, assistant professor of chemical engineering in the UIC College of Engineering and corresponding author on the paper, said, “So far, all designs for artificial leaves that have been tested in the lab use carbon dioxide from pressurized tanks. In order to implement successfully in the real world, these devices need to be able to draw carbon dioxide from much more dilute sources, such as air and flue gas, which is the gas given off by coal-burning power plants,”

To solve this issue, researchers placed a traditional artificial leaf inside a water-filled capsule constructed out of a semi-permeable membrane. When hit by sunlight, water evaporates through the membrane, at the same time water would also pull in carbon dioxide from the air.

Then, artificial leaf would convert carbon dioxide to carbon monoxide and oxygen. The oxygen could be released into the environment, whereas carbon monoxide would be collected and used in the development of synthetic fuels.

“By enveloping traditional artificial leaf technology inside this specialized membrane, the whole unit is able to function outside, like a natural leaf,” Singh said.

Radioisotopes in the Industry