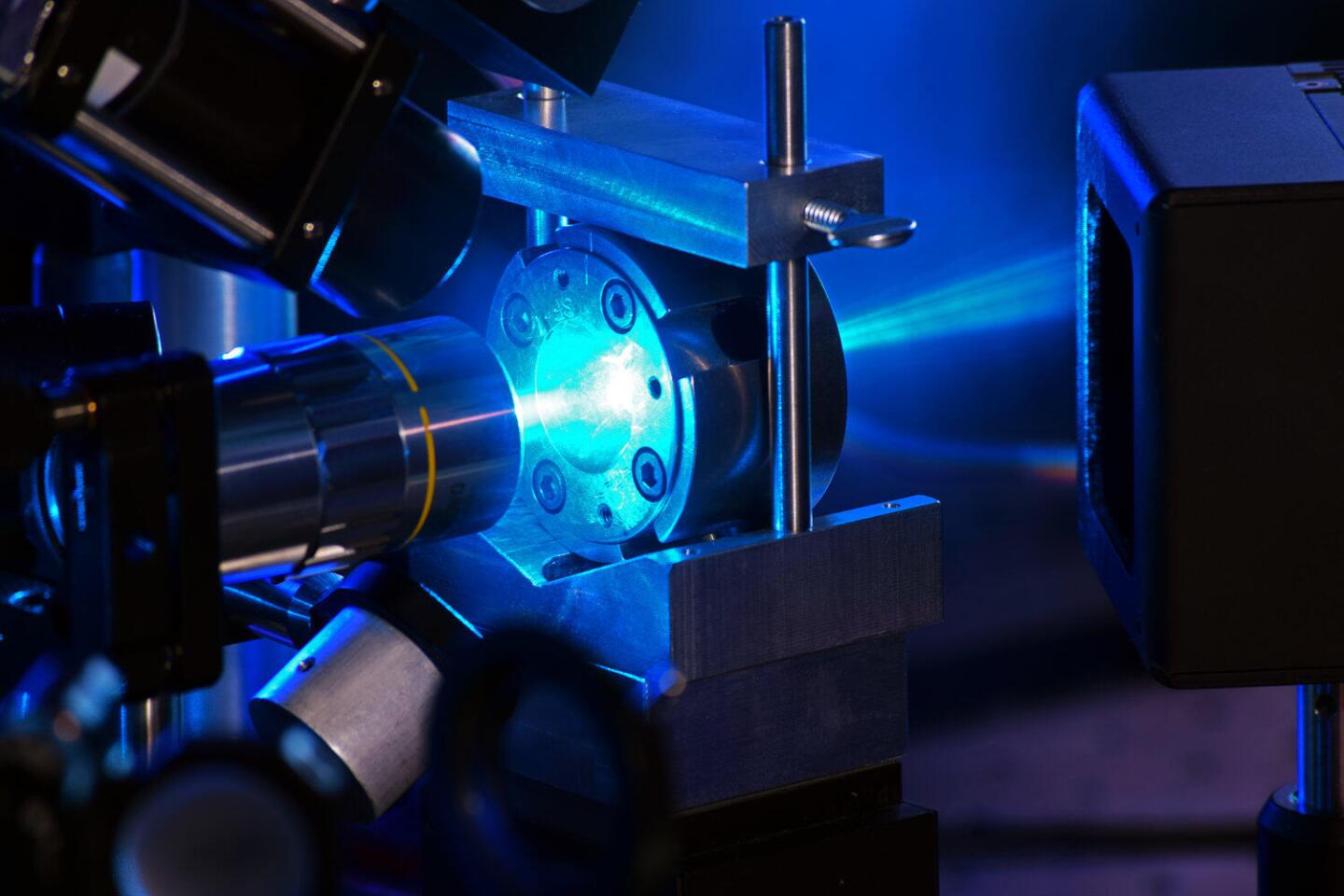 Just as carbon can form diamond or graphite, solid water or ice can also form a variety of solids, depending upon certain conditions, temperature, and pressure. However, water is considered exceptional in this aspect as there are at least 20 known solid forms of ice.

Now, researchers from the University of Nevada, Las Vegas have discovered a new form of ice after putting water through various kinds of pressures. These researchers were part of UNLV’s Nevada Extreme Conditions Lab.

Researchers developed a new method for measuring the properties of water under high pressure. The water was first squeezed between the tips of two diamonds pointing in opposite directions. This froze the water into several jumbled crystals.

The ice was then heated using laser that briefly melted it before quickly reforming into a powder of tiny crystals.

By repeating the same process by gradually increasing the pressure and periodically blasting it with laser beams, the water ice transitioned from a cubic phase to the newly discovered intermediate and tetragonal phase Ice-VIIt before settling into another phase dubbed Ice-X.

Researchers not only observed a new phase of water ice but also found that the transition to Ice-X occurred at pressures nearly three times lower (300,000 atmospheres) than previously thought to form at around 1 million atmospheres of pressure.

The study recalibrates our understanding of the composition of exoplanets

The team says that the-VIIt phase of ice could exist in the Earth’s mantle as well as of other planets. That means, we can expect water-rich planets outside of our solar system for conditions habitable for life.