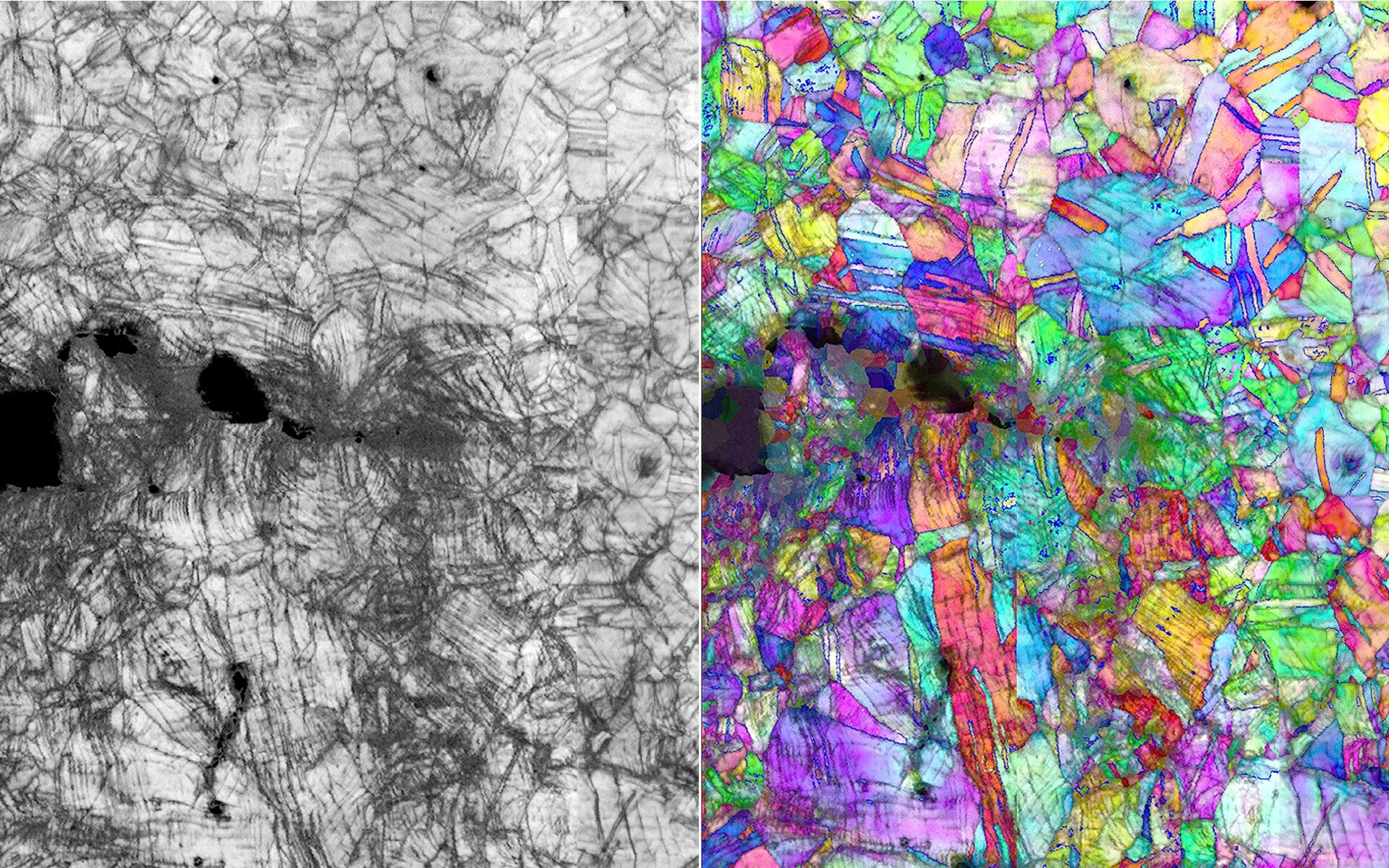 Microscopy-generated images showing the path of a fracture and accompanying crystal structure deformation in the CrCoNi alloy at nanometer scale during stress testing at 20 kelvin (-424 F). The fracture is propagating from left to right.( Image Credit Robert Ritchie/Berkeley Lab )

The metal mixture called CrCoNi is not only highly malleable, but it also resists permanent deformation. Moreover, its strength and ductility improves as it gets colder.

Additionally, it is also about fifteen times stronger than the aluminum frame used in passenger aircraft.

Project co-lead Easo George, said, “When you design structural materials, you want them to be strong but also ductile and resistant to fracture,”

“Typically, it’s a compromise between these properties. But this material is both, and instead of becoming brittle at low temperatures, it gets tougher.”

Unlike alloys that contain a high proportion of one element with lower amounts of additional elements, HEAs are made of an equal mix of each constituent element.

Researchers found that this proportion gives these materials high strength and ductility when stressed.

“The toughness of this material near liquid helium temperatures (20 kelvin, -424 Fahrenheit) is as high as 500 megapascals square root meters. In the same units, the toughness of a piece of silicon is one, the aluminum airframe in passenger airplanes is about 35, and the toughness of some of the best steels is around 100. So, 500, it’s a staggering number,” said research co-leader Robert Ritchie, a senior faculty scientist in Berkeley Lab’s Materials Sciences Division and the Professor Chua of Engineering at UC Berkeley.

Although it is a record-breaking finding, scientists require further research before bringing it into use.

What NOT to Do in the Wholesale B2B Industry