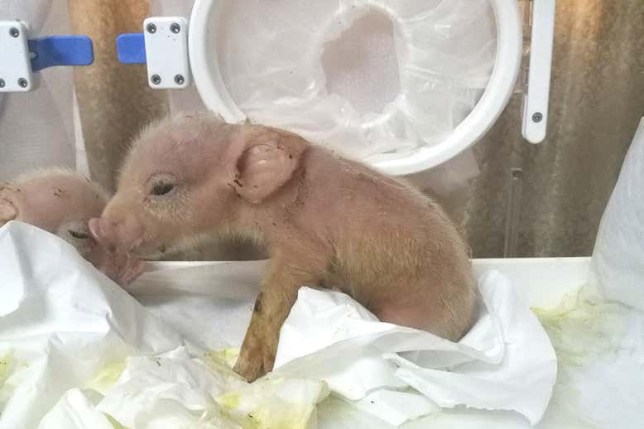 They appeared normal, sadly both died within a week. They looked like cute little piglets, but the baby animals had genetic material in their heart, liver, spleen, lung and skin from cynomolgus monkeys. However the proportion was low: between one in 1000 and one in 10,000.
In this experiment, scientists implanted more than 4000 embryos in sows. Consequently, ten piglets were born including two pig-primate chimeras and the other eight piglets. But these eight normal piglets that were implanted also died.

Scientists are clueless about why the piglets died. But because the non-chimeric pigs died as well, the team suspects it is not related to genetic engineering.

But scientists have not lost their hopes, they are planning to try again.

This time they are going to increase the chimeric cell ratio. They wrote in their paper, “Here, we have used monkey cells to explore the potential of reconstructing chimeric human organs in a large animal model,”  “We believe this work will facilitate the development of xenogeneic organogenesis by providing a better understanding of the processes of xenogeneic recognition, fate determination, and the proliferation and differentiation of primate stem cells during porcine development.

“The findings could pave the way toward overcoming the obstacles in the re-engineering of heterogeneous organs and achieve the ultimate goal of human organ reconstruction in a large animal.”

Burke’s Pulsar is the Name of the Army’s New Ray Gun, Attachable to a Standard-Issue M4