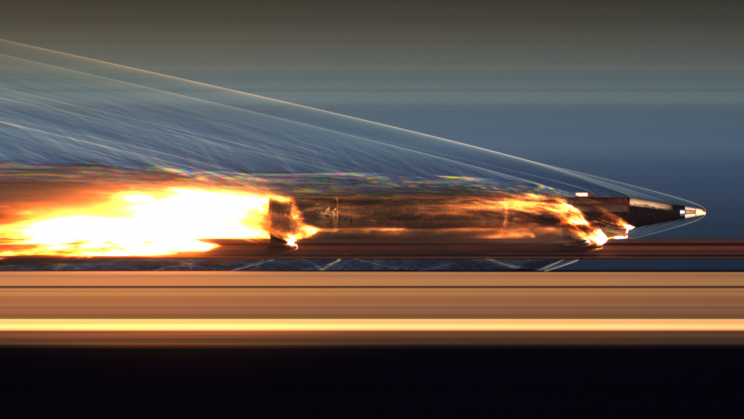 In a historic event, the U.S. Air Force successfully recovered a reusable hypersonic rocket sled for the first time after it traveled more than five times the speed of sound.

The 846th Test Squadron at Holloman Air Force Base in New Mexico conducted the testing of a hypersonic sled at the 59,971 ft-long (11 miles) Holloman High-Speed Test Track (HHSTT).

The sled was recovered after it reached the hypersonic speed of about Mach 5.69 or almost 5.7 times the speed of sound.

The HHSTT is the only track capable of recovering sleds traveling beyond the hypersonic threshold!

The track was built in 1949 to provide a realistic and cost-effective testing environment for agencies and defense contractors. It was built to speed test rocket-powered test vehicles, also called sleds, and their components under development. It was only 3,350 feet (1.021 m) long when built but its length was extended over the years. More than 12,000 such sled tests have been conducted at HHSTT in the last seven decades.

The reusable hypersonic rocket sled serves as a critical link between full-scale flight tests and laboratory experiments. Its braking system allows it to be recovered for analysis and reuse which is not possible with hypersonic aircraft tests.