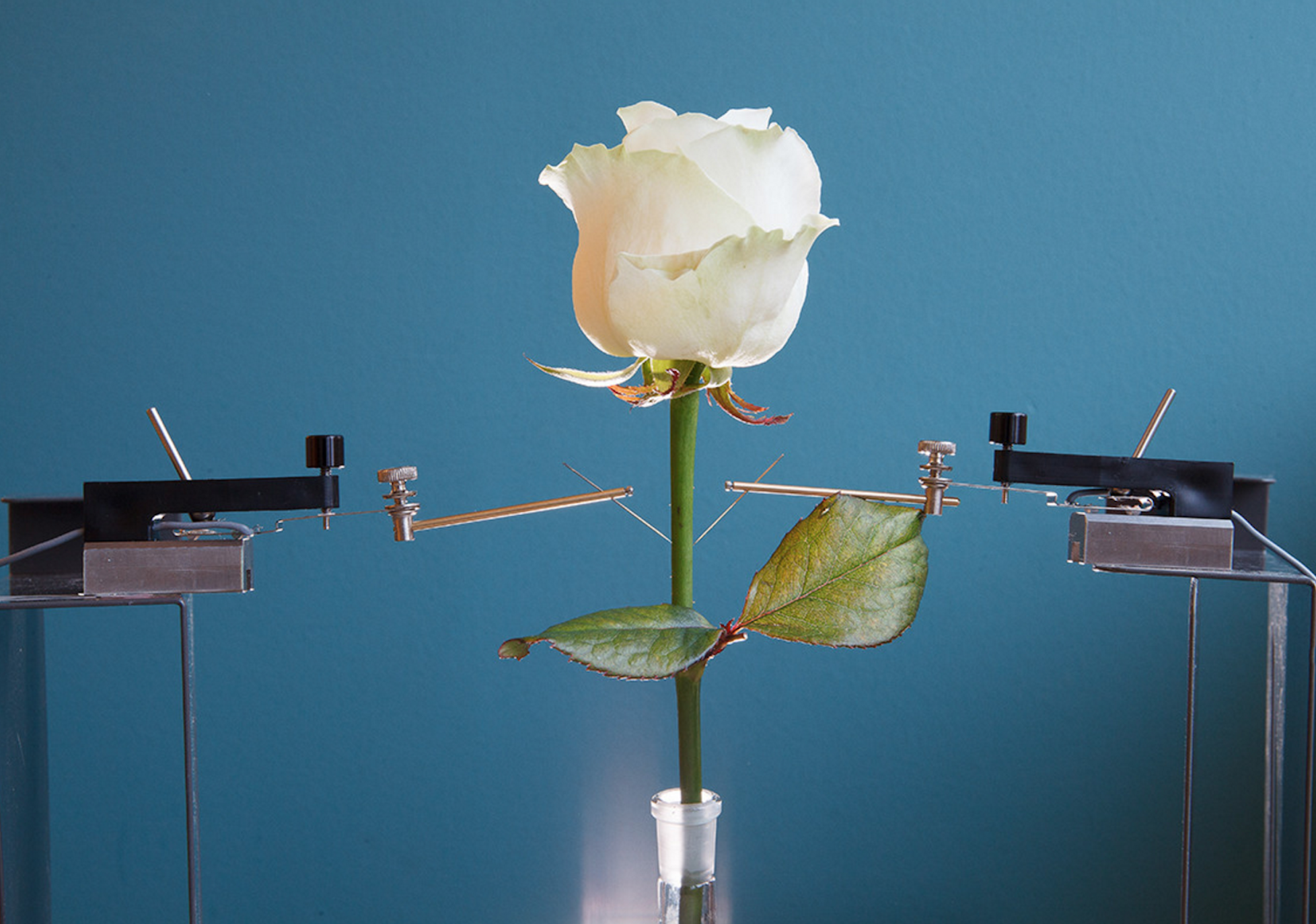 Scientists have combined biology, agriculture, and technology into a cohesive science to do the impossible. They have managed to construct a cyborg rose that has polymer veins running through it. This could be an evolutionary find that defines the whole field of crop growth and agriculture in a new way.

The concept of incorporating plants with computers and electric circuits can help scientists regulate and control the growth of plants, trees, and crops. This exceptional feat was made possible by Magnus Berggren and his team at the Linkoping University in Sweden. They started their research with the idea that the living tissue and veins inside a human body act as a conductive material to transfer neural messages to the brain.

This concept was then applied to a rose by plugging the rose with fuel cells that can power the plant to maintain its physiological properties by regulating the process of photosynthesis. This experiment has opened the doors to a completely new field of science, which will allow scientists to weave electrical circuits into plants and manipulate their growth and produce per capita.

However, this research was not completely uneventful. It was difficult at first to find a suitable conductive material for the plant’s flesh, which has to conduct electricity and be water soluble at the same time. The scientists faced many difficulties as most of the materials they used were toxic and caused the vascular system of the rose to clog while failing to adhere to the inner surface and xylem. Finally, after much struggle, they found a polymer named PEDOT (poly 3, 4-ethylenedioxythiophene), which readily soaked into the rose and converted into a conductive solid gel. When the outer layer of the plant’s flesh was removed for evaluation, the scientists found a system of intricate wires winding through the stem of the rose. A postdoctoral researcher, Eleni Stavrinidou, took microscopic pictures of the electrical system inside the rose and said, “The performances, the shape of the wires, were just outstanding, unbelievable.”

The research team, after their success, is looking forward to manufacturing botanical circuits that will have the ability to record hormonal changes in plants. This biological circuitry will influence the physiological and growth properties of the plant, which is a better option than genetic modification.

One of the hurdles that the research team is now facing is the mortality rate of the polymer-embedded rose. Their goal is to keep the plant alive until it is completely flushed with the conductive gel. With this discovery, there will be a time, in a not so distant future, when we will be able to eradicate the woes of world hunger by producing food that is safe from GMOs and harmful chemicals.

According to Andrew Adamantzky, Director of Unconventional Computing Laboratory at the University of West of England, Bristol, UK, “In the very distant future – neither ourselves nor our kids will see this – we can grow vegetable computers in our gardens.”