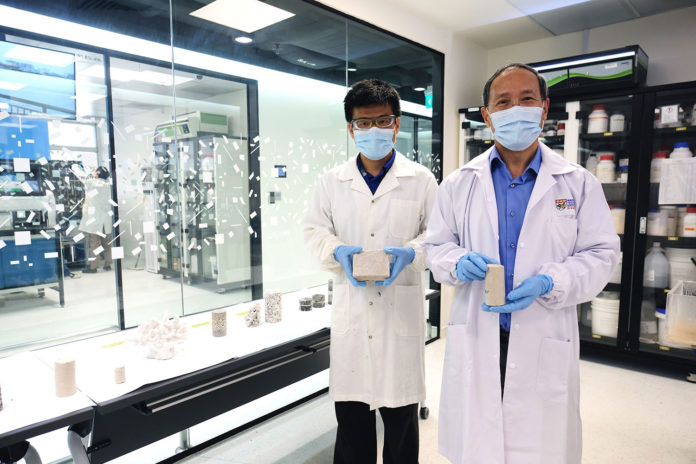 Scientists from Nanyang Technological University (NTU Singapore) have found a way to create renewable biocement made from waste materials.

Professor Chu Jian, who led the NTU research team, said, “Our research makes biocement even more sustainable by using two types of waste as its raw materials. In the long run, it will not only make it cheaper to manufacture biocement, but also reduce the cost involved for waste disposal.”

Biocement so produced is a solid block of material that’s strong, sturdy, and less permeable. It is manufactured at room temperature and is of the same color as the original sand or soil.

Possible applications for it include sealing cracks in rock for seepage control and even touching up and repairing monuments. It can also be used for strengthening ground for development or excavation functions.

Professor Chu Jian said, “Biocement is a sustainable and renewable various to conventional cement and has nice potential for use for development initiatives that require the bottom to be handled,”