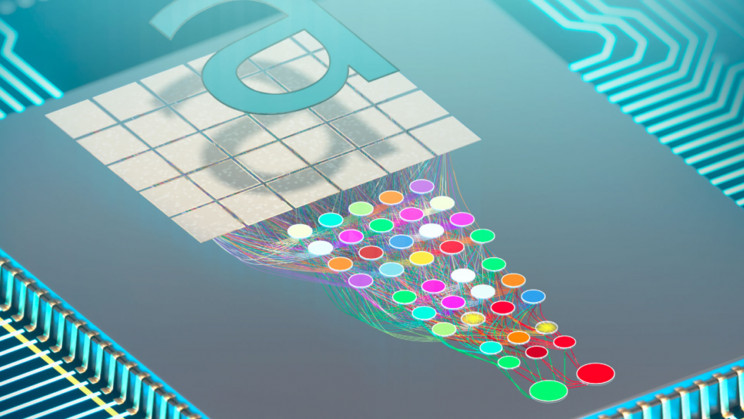 Researchers at the University of Pennsylvania have developed an optical chip that can process two billion images in one second.

Made up of a neural network that processes information as light, this neural chip works precisely like the human brain. It processes data as light rather than electrical signal, without using components that slow down standard computer chips, like memory.

Based on a neural network, nodes in it are connected like brain cells or neurons. Its “neurons” are optical wires in numerous layers, each specializing in a different form of classification.

In experiments, the scientists created a chip measuring 9.3 mm2 or 0.01 square inches and used it to classify a series of handwritten characters that resembled letters.

After being trained on relevant data sets, the chip could successfully classify images with 93.8% accuracy for sets containing two types of characters and 89.8% accuracy for four types.

Remarkably, the chip could classify each character in 0.57 nanoseconds allowing it to process 1.75 billion images per second. Researchers gave credit for this speed to the chip’s ability to process information as light, unlike existing computer chips.

Another advantage of this chip is that the data being processed doesn’t require storage which saves space and time by not having to transmit the data to memory. It’s safer since it prevents any potential leaks by not storing any data.