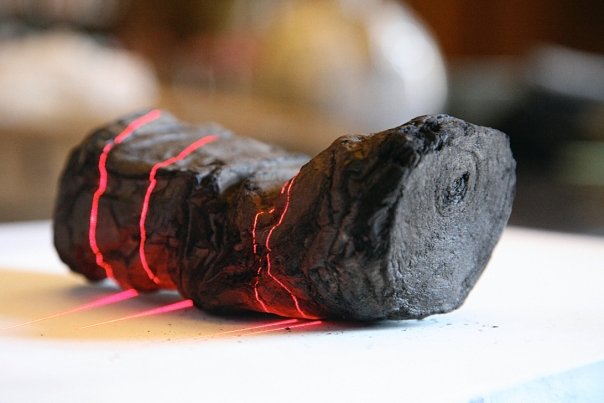 In a scientific breakthrough, scientists have succeeded in reading parts of an ancient scroll that was buried by a volcanic eruption almost 2,000 years ago.

The scroll is one of the hundreds of ancient scrolls retrieved from the remains of a lavish villa destroyed by the eruption of Mount Vesuvius in 79 AD, near present-day Naples in Italy.

Recovered about 260 years ago, these ancient classical texts were written on papyrus, which is a paper-like material made from the pith of the papyrus plant.

But for centuries, their contents remained a mystery because the scrolls were buried in volcanic ash and blackened by its intense heat. Unrolling these scrolls would have destroyed them because they are very brittle.

All Previous Attempts to Read the Scrolls Failed

The ink used to write on the scrolls was made from a mixture of charcoal and gum, which made it impossible to differentiate it from the burned papyrus.

But scientists at the Institute of Microelectronics and Microsystems (CNR) in Naples used a sophisticated X-ray machine to identify the subtle difference between the papyrus and the ink in order to read the text.

Researchers were able to decipher letters from a segment of text written in ancient Greek. Once the technique is refined, exact words can be determined to read what’s hidden inside the scrolls.