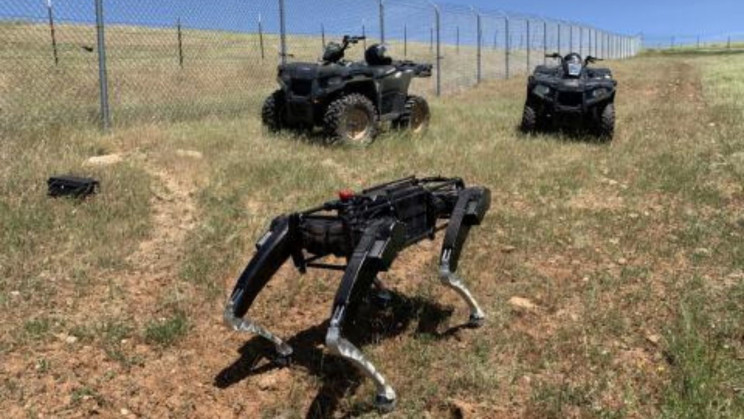 “Don’t be surprised if in the future we see robot ‘Fido’ out in the field, walking side by side with [Custom Border Patrol] personnel,” the U.S. Department of Homeland Security announced this week.

Robot dogs have been engineered by Ghost Robotics in partnership with the research and development arm of the Department of Homeland Security (DHS), the Science and Technology Directorate (S&T).

The rugged, quadruped robot dog can traverse all types of terrain, it can navigate steps, stairs, and also steep hills. This high-precision 100-pound (45-kg) robot could be easily linked up to artificial intelligence capabilities already in use on the battlefield.

These robots were trained at a facility in Lorton, Virginia. They were outfitted with cameras, sensors, and radios to transmit images and other data back to their human operators. These can also be equipped with payloads like thermal and night vision cameras or guns.