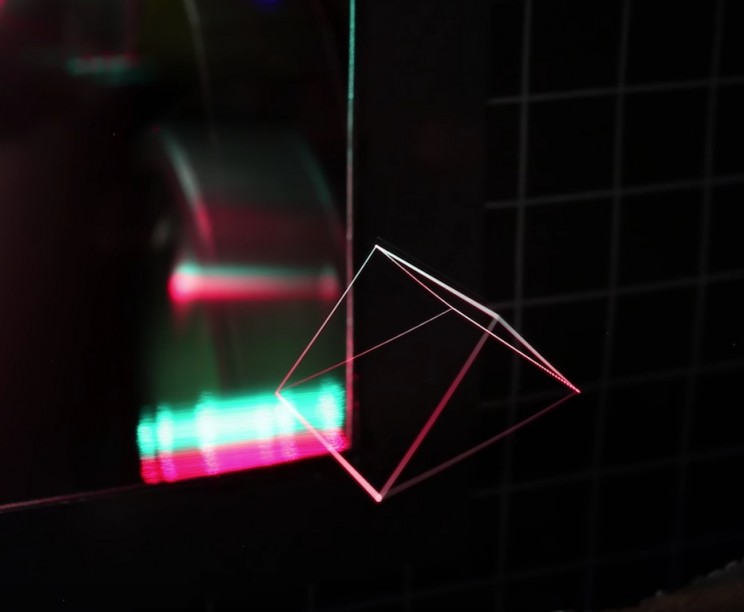 These 3D images are created in mid-air without using any kind of projectors. The 3D images can be viewed from almost any direction, unlike holograms, which cannot be viewed if you are not looking at them from certain angles.

Daniel Smalley, a holography expert and electrical engineer at Brigham Young University (BYU) in Provo, Utah, and his team created the graphics. They are about the size of a postage stamp.

The images are not created instantly, rather, they are built up at incredibly high-speeds — just like a 3D printer that builds up a physical object.

Smalley explained: “We’re using a laser beam to trap a particle, and then we can steer the laser beam around to move the particle and create the image. This display is like a 3D printer for light. You’re actually printing an object in space with these little particles.”

Since the picture is drawn with a single particle, the researchers were able to create small images only, including a high-resolution 3D picture of Earth about 1 centimeter in diameter.