Image by Bruno /Germany from Pixabay

So, as the name clearly indicates, this steam boiler is basically used to boil water by putting it into the tubes heated through external means. Fire is used as the fuel, which tends to generate a hot gas that resultant boils the water resting in the steam-producing tubes of the boiler.

This water tube of a Water tube steam boiler is also commonly known as a high steam water tube boiler.

Some of you might wonder what makes these water tube boilers so vital to the industries. The core reason for this is that the water tube boilers are considered significantly efficient in producing saturated steam, which ultimately is used in a wide variety of production applications like, for example, steam turbine applications, paper manufacturing, chemicals, and in their refinement as well.

As far as the working of the water tube boiler is concerned, well for your degree of ease, let us have an in-depth insight regarding the basic working principles of this steam boiler. What happens is that, as previously highlighted that the water is resting inside the tubes.

So when the fire produces the hot gases which after that move into the tubes filled with water. Followed by that, the tubes are heated up by the gas, which ultimately heats the water up, which as a result, converts the water into the hot steam that happens to be the desired outcome. So, this is how a water tube steam boiler works. 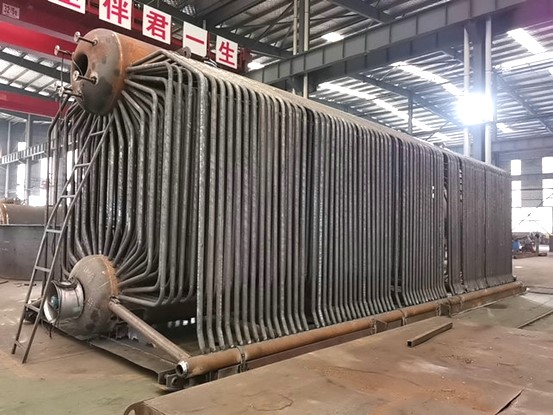 Furthermore, there are a number of additional elements, each one of which tends to add further value in its effectiveness and efficiency. Starting with the first one, which happens to be the heat efficiency, as the water present in the tubes is heated through external means.

These external means can be a fuel which in most cases is fire. Because of that, the water is converted into steam at a significantly faster rate.

That is why the water tube steam boilers are considered remarkably efficient compared to other types of boilers. In addition to that, it also tends to contain a heat exchanger or a flash tank to make sure that the fuel is adequately burned and utilized, and not even a minimal amount of energy is wasted.

This heat cools down element ultimately ends up enhancing the efficiency of the water tube steam boiler to a drastic extent.

How Does The Water Tube Boiler Reduce Your Carbon Footprint?

The core function revolved around converting water into steam through efficient fuel utilization with minimal wastage of energy and minimizing the creation of carbon footprints into the environment. The most commonly known types of steam boiler are the water tube steam boiler, which are configuration totally by water tubes.
Now, for your conceptual clarity, what happens is that the water turned into steam results in drastically lowering the boiler’s temperature. This, in turn, lowers the formation of the carbon footprints as the steam tends to fully burn the fuel and reduce the temperature, air combustion.

Add Boiler Auxiliaries to Down The Carbon Emission

Because of being a productive and effective machine, the water tube steam boiler was readily accepted by the industrialist, and not only that, with the passage of time, manufacturers like wood fired boiler started to produce different variants or we can say models of these steam boilers. Each model was made specifically in accordance with the set of certified functionalities.

It normally includes some key boiler auxiliaries to down the carbon emission:

With all of these types of equipment, you can reduce the C content of soot and dust, and the desulfurization and dust removal equipment will reduce the content of NOX and S. Reaching an international level 1 standard, NOx below 300 mg/nm3, below 70 ppm.

Studies have concluded that injecting the steam into the boiler hinders the formation of green house gases also commonly known as carbon footprints which cause a number of severe damages to the environment resulting in disastrous outcomes like deforestation and resource limitation.

This is how the water steam boiler significantly contributes in controlling environmental pollution.

For your essential elaboration, in the fire tube boiler, the steam passes through a number of tubes, and the water is present around them or to be more precised it surrounds them. That is why its process and functionalities are entirely opposite to a water tube steam boiler.