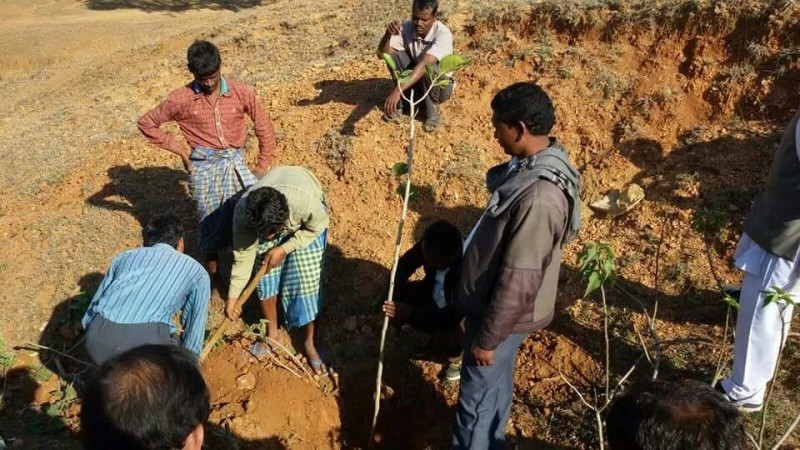 You might have read a lot about the ways people are combatting global warming to save our Mother Earth. Now a school in Chhattisgarh, India has come up with a unique and a commendable initiative.

Instead of asking for fees, the school is asking parents to simply plant a tree sapling. It has also been made clear that parents have to take care of the plant and if it dies they have to plant another tree in its place. About 700 trees have been planted over the last year.

The school is Shiksha Kuteer in Chhattisgarh’s Bargai village. This facility has been provided to poor parents who cannot afford to pay school fees. This initiative was set up by a group of local professionals and businessmen. As the villagers are very keen to send their children to an English medium school, the school has received an overwhelming response.

As per Sevak Das, one of the villagers, “Shiksha Kuteer has opened in the village for students who are poor and have no money to pay fees. Students are being taught in the English medium. They are being taught till a certain standard and their guardians have been asked to plant saplings instead of paying fees.”

School sources said, “We hope that this initiative of ours will not only enable our students to come closer to nature but also stop local deforestation.”