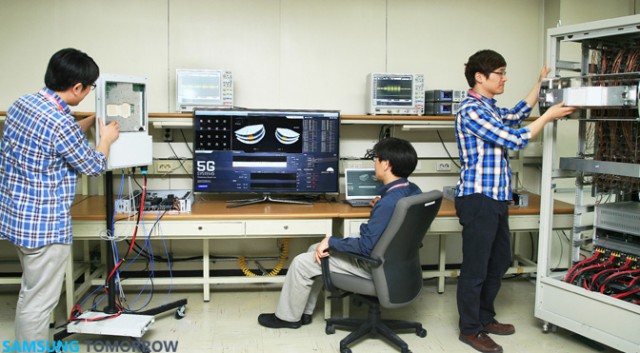 How much faster can we go? Ask Samsung.

With this 60GHz Wi-Fi technology, you will be able to transfer a 1GB movie between devices in less than three seconds and uncompressed high-definition videos can be streamed from mobile devices like a tablet to a television in real-time without any delay.

How Samsung managed to do this: Millimeter waves that travel by line-of-sight have weak penetration properties and are susceptible to path loss. Samsung overcame such physical and metaphorical barriers with “high-performance modem technologies and by developing wide-coverage beam-forming antenna.”

“By doing so, Samsung’s new technology removes the gap between theoretical and actual speeds, and exhibits actual speed that is more than 10 times faster than that of 2.4GHz and 5GHz Wi-Fi technologies,” the company announced in a statement.

In other words, all of our current technology could soon be sitting in the graveyard with your 14,400 baud modem.