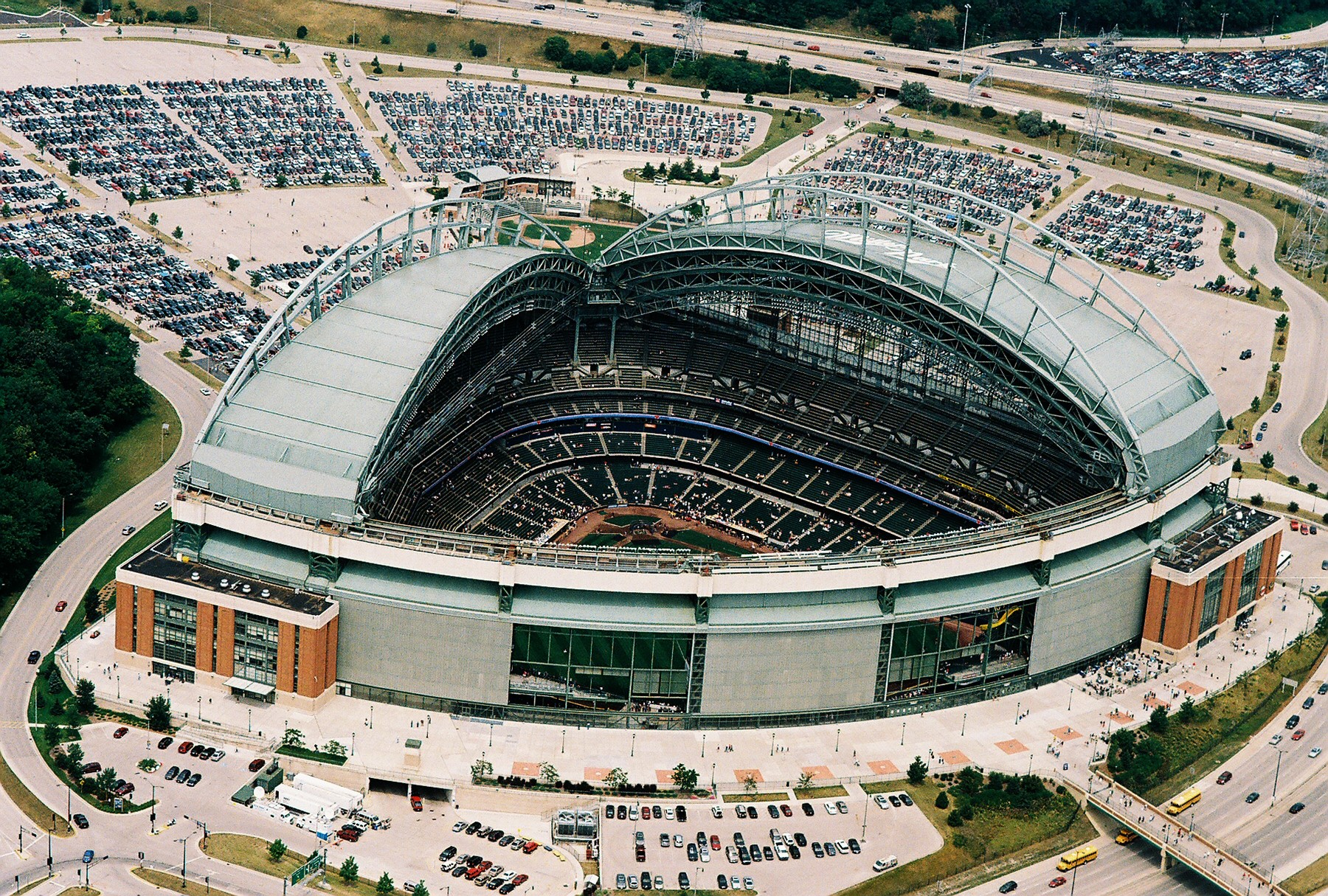 By Towpilot (Own work) [GFDL or CC BY 3.0], via Wikimedia Commons

In 1980 Syracuse University, in upstate New York, opened the largest on-campus dome facility in the United States. Syracuse, known as the snowiest and wettest large city in the United States, after 73 years of an open air facility called Archibald Stadium decided on a domed, Teflon coated, fiberglass inflatable roof at a cost $26.85 million. Carrier Corporation, inventors of the air conditioner, chipped in $2.75 million for the naming rights and its large industrial fans were used to inflate the roof.

The technology required to move roofs that can weight millions of pounds were not available at the time.  Had they been, though, the project would have cost much more.

Unfortunately the Carrier Dome roof cannot be retracted on warm and sunny days which are something to celebrate in upstate New York. Recent large stadiums, also in wet and cold areas, use retractable roofs and fans love them.

Retractable Stadium Rooftops are moved using a variety of tracts and motors.  Technology similar to that used for opening draw bridges and traveling cranes has made a new era in stadium design possible.

The home of the Blue Jays of Major League Baseball (MLB) was opened in 1989 and began the era of retractable roof stadiums. The roof has for large steel panels. One panel is fixed and the other three move. All panels are made of steel trusses and corrugated steel with a weatherproof coating. The entire roof weighs more than 11,000 tons but the pieces move at a rate of 71 feet per minute.

Home to the Diamondbacks of Major League Baseball, Bank One Ballpark, or “the BOB,” opened in 1998 in downtown Phoenix, Arizona. The retractable roof weights 9 million pounds and is made of structural steel and operates on technology used in drawbridges and traveling cranes. A pair of 200 hp motors open and close the roof in about 4 minutes. The roof consists of three moveable trusses.  The roof can be opened to maximize sunlight on the playing field’s turf.

In 1999, baseball’s Mariners moved to Safeco from the Kingdome. Safeco has a retractable roof that provides a climate controlled enclosure. The roof has three major sections moving along a set of tracks and is powered by an electric motor and it takes about 10 minutes to open or close the roof.

Opened in 2000 Minute Maid Park is home to the Houston Astors and brought open air baseball to Houston for the first time in 35 years.. It is the newest of the retractable roof facilities and has three panels which open and close in 10 to 20 minutes. Forged steel wheels 35 inches in diameter move the panels that range from 1,905 to 3,810 metric tons. The roof is opened and closed 160 times a year, a distance of 14.6 miles.

Following is a video of the upcoming Mercedes Benz Stadium.