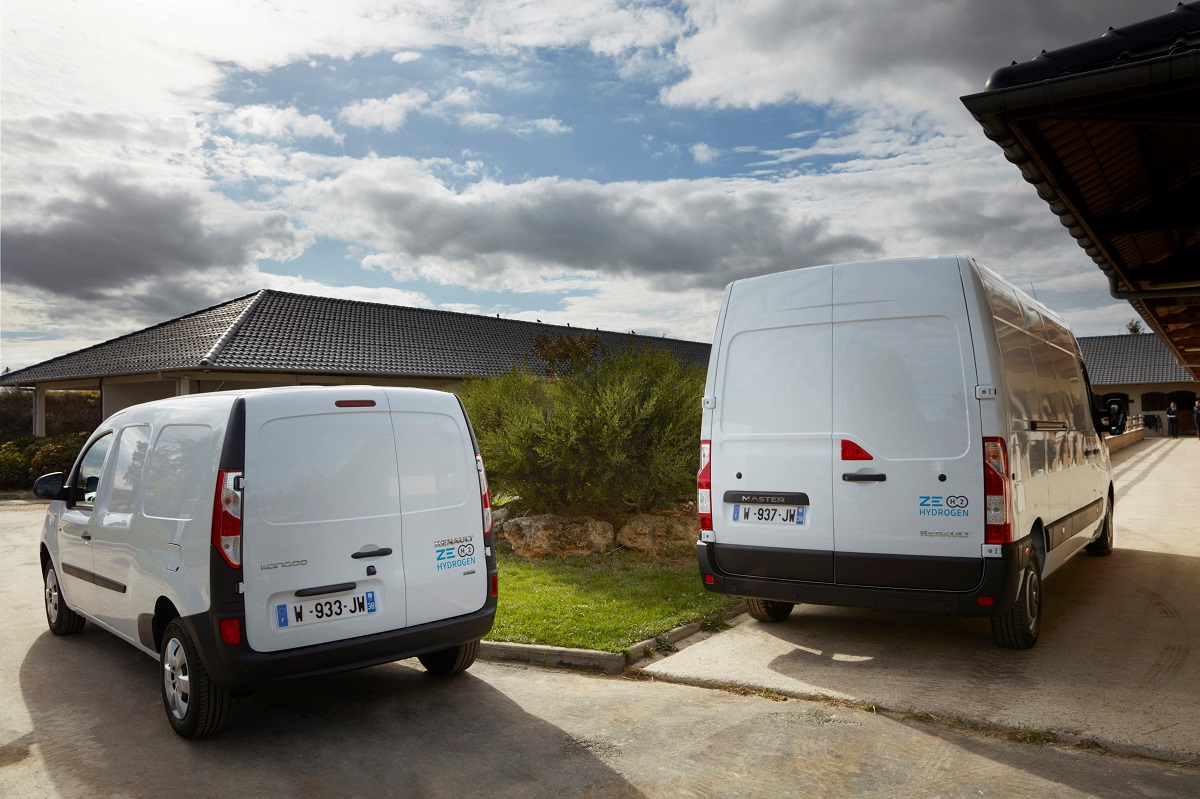 Renault became the first car manufacturer to present the market with hydrogen-powered vans, calling them Kangoo ZE and Master ZE.

What the French automaker has done is to use a hydrogen fuel cell as an extender for the regular battery cells that are used by the particular models, taking the new range figure to 217 miles, or 350 kilometers.

In addition to the range extension, which is admittedly very important in field operations, the hydrogen unit also provides a way for the drivers to fill up quickly if needed. Topping off the hydrogen tank only takes 10 minutes, whereas charging the battery would require a couple of hours, something that professional van drivers usually don’t have. As for when to expect the hydrogen editions of Kangoo ZE and Master ZE to enter the market, Renault confirmed that the former will land in a couple of months, while the latter will be ready in early 2020. Right-hand drive versions have not been confirmed yet, and it will depend on the expressed interest from the UK market. Finally, in regards to the cost, the Kangoo will be sold for €48,300, but nothing about the Master’s price was announced.

It is understandable that Renault wanted to put the new hydrogen unit on their van vehicles. The Kangoo and Master serve as the perfect testing platforms, and also there’s a real need for greater ranges there. However, customers wonder whether this new extender will find its way to other vehicles of the brand, or even the alliance (Nissan, Mitsubishi).

Renault’s spokesperson didn’t want to comment on that, so we can’t say anything for sure yet, but we reckon that this is just the beginning for this useful system. Admittedly, it can’t be deployed on a supermini like the Zoe without considering its size and weight. However, we do believe that optimized versions of the unit are bound to find their way to mainstream vehicle categories in the near future.

Here is an interesting video explaining how hydrogen cars work: