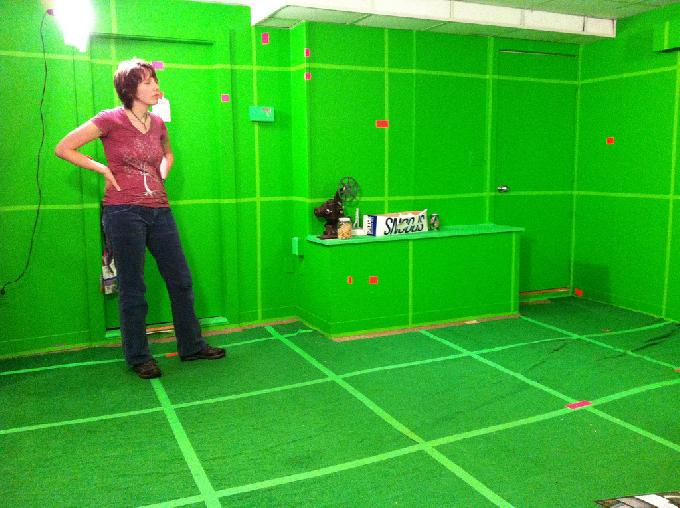 News organizations have used “green screen” technology for decades. The most common example is the weather report. In television studios, reporters stand in front of a green (or blue) fabric screen. Good lighting and a computer combine to allow removal of the green background. The background is replaced by an image or video stream.

In the weather studio, digital trickery allows the reporter to appear anywhere in the world: on steps in front of the New York Stock Exchange, at the Statue of Liberty or any desired place on earth or in space.

The YouTube revolution has created millions of new content creators who are using green screen in creative ways. This week Apple announced the acquisition of Spektral, a Danish startup that uses machine learning, computer vision, and neural networks to create green screen video in real time. According to Spektral:

“Our pioneering and unique technology is based on state-of-the-art machine learning and computer vision techniques. Combining deep neural networks and spectral graph theory with the computing power of modern GPUs, our engine can process images and video from the camera in real-time (60 FPS) directly on the device.”

Apple real-time green screen is expected to be an integral part of an iPhone users’ experience. A billion iPhone owners will use green screen to be more creative.

Creating a green screen video these days usually takes postproduction time and effort. But Apple’s green screen technology will be real-time meaning no need for postproduction work. Green screens are now available on Amazon for less than $100 for those who would like to take advantage of this “new” technology!