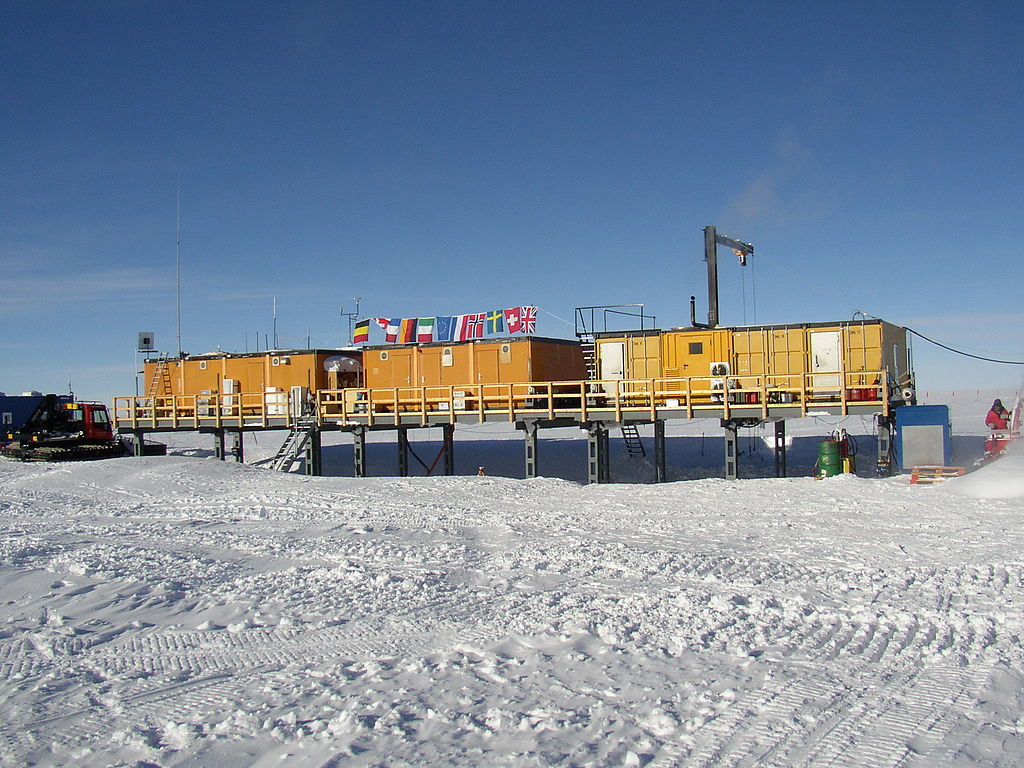 Antarctica is the most un-spoilt landscape on the planet. Antarctica is of great interest to scientists to search for meteorites and other materials that fall from the sky. Due to Antarctica’s inhospitable nature and natural isolation, they tend to sit undisturbed for long periods of time.

A joint team of astronomers from Germany and Austria recently analyzed over 1,000 pounds of snow collected in the past 20 years.

The snow collected from a German research station in Antarctica was shipped to a laboratory in Munich. Snow inside Styrofoam boxes was kept under freezing conditions.  Researchers melted the snow in the lab and sifted out any dust and grains.

The scientists found radioactive iron-60. Astronomers believe that this particular radioactive strain of iron wasn’t local, but instead came from a supernova that exploded sometime in the recent cosmic past.

Cosmic dust, also called extraterrestrial dust or space dust, is dust which exists in outer space. Cosmic dust found in Antarctic snow was likely birthed in a distant supernova millions of years ago. The dust’s interstellar journey over these years eventually brought the material to Earth.