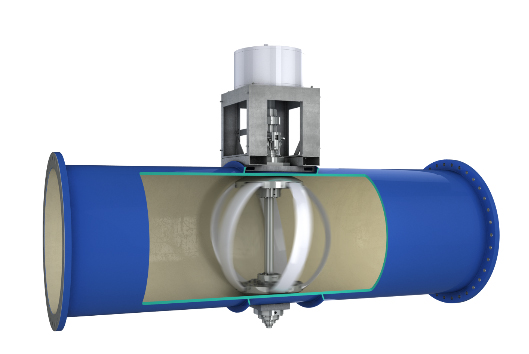 In a first-of-its-kind smart hydroelectric power generation, people in Portland, Oregon will have the power for their homes from the same water that they drink.

They installed four 42” turbines in a small 40-foot section of the PWB’s drinking water pipeline. Each one of these turbines is hooked up to a generator outside the pipe. The force of the water flow spins the turbines to generate renewable energy, which is then sold to Portland General Electric. There is no impact on the water supply since these turbines do not slow down the water’s flow rate significantly.

The system is a low-cost, environmentally friendly alternative to conventional hydropower dams since the upfront costs for the installation of a hydropower plant is enormously high.

As per Lucid Energy, this system is capable of producing around 1,100 megawatt-hours of energy per year, which is enough to power 150 Portland homes.

Japanese Scientist is creating Human-Animal Hybrids for Organ Harvesting
How To: Build a Death Star According to NASA Engineer Brian Muirhead