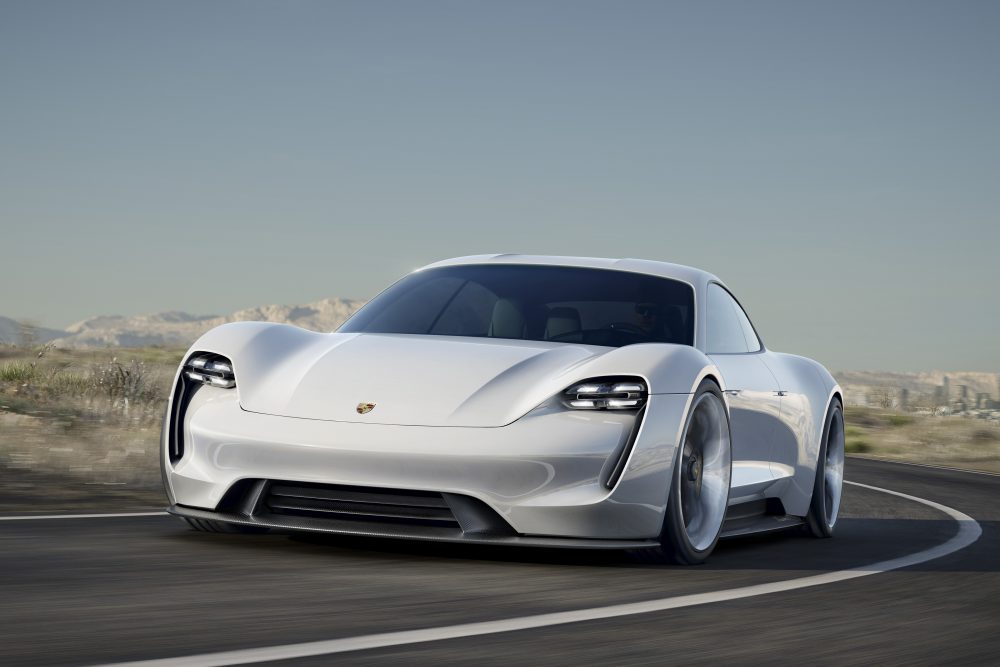 First appearing in 2015 as a concept, the all-electric Porsche Mission E sport sedan will hit the streets in 2019. Company chairman Oliver Blume made the announcement at this year’s Frankfurt Auto Show.

And it’s a Porsche so, of course, performance is not lacking. The company claims the 800-volt, 600-hp Mission E will hit 62mph in under 3.5 seconds and is capable of zooming to 124 mph in just 12 seconds. Top speed is said to be somewhere north of 155 mph. There is no shortage of style and trendy design, either. Inside the cabin, there are holographic displays for certain instrument functions that you can control by using hand gestures. But what might be the most surprising fact about this sexy new electric beast is its amazingly quick recharge time: Porsche is saying it will take less than 15 minutes for the batteries to reach 80 percent charge, thanks to a new type of rapid-charge system. On a full charge, the Mission E is expected to have a range of 300 miles. And the price is likely to start at around $80,000, fitting nicely between the Panamera and the 911.

Get more details on the Mission E here.