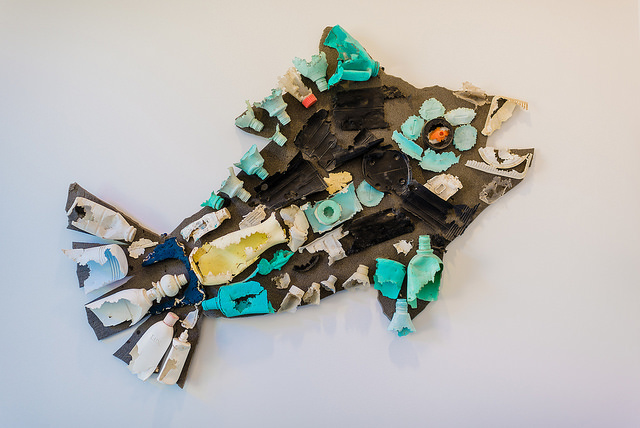 Millions of tons of plastic are dumped into the oceans every year, it doesn’t degrade in the ocean but does smash up into smaller and smaller pieces.

But no one knows where all the pollution ends up

Plastic in our oceans isn’t just impacting oceans animals which kill them by blocking their respiratory and digestive tracts. These plastics consumed by marine animals can be delivered back to us via the food chain.

We all could be unintentionally consuming micro-plastic through drinking bottled water and even chicken.

In order to show how pervasively the world has been contaminated, the researchers from the Chinese Academy of Sciences collected bottom water and sediment samples from sea. They discovered that even the deepest point on Earth is heavily polluted with highest levels of micro-plastics.

The deepest trench, Mariana Trench is located east of China and the Philippines; it has a maximum depth of about 11,034 meters (36,201 feet) deep, which is almost 7 miles. Scientists found that the concentration of micro-plastics increased as the sample sites descended the trench which reached a maximum of 2,200 pieces per liter in sediments and 13 pieces per liter in water.