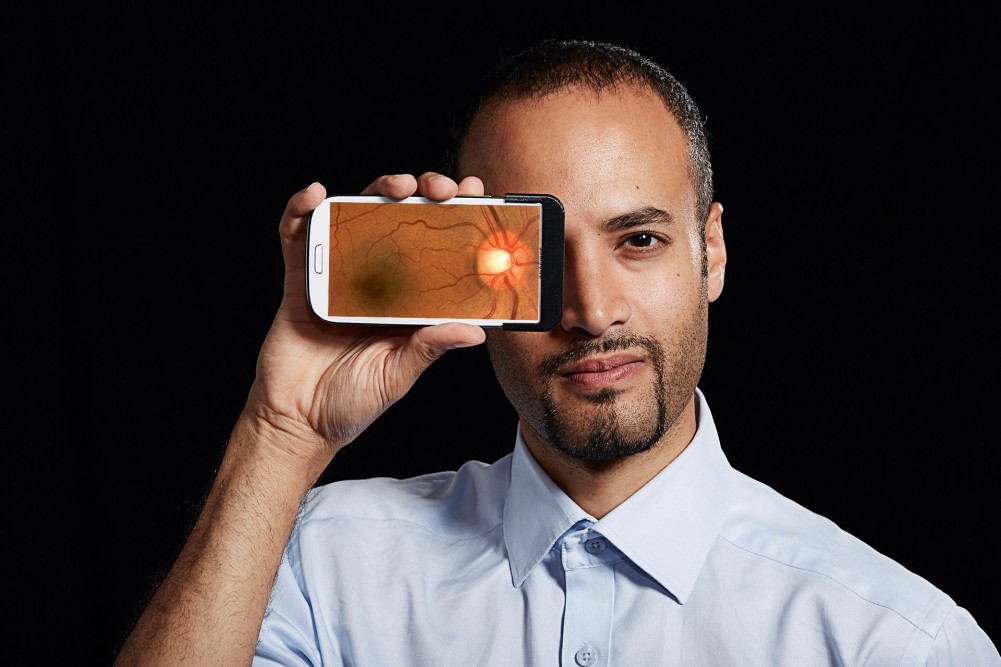 According to Andrew Bastawrous in his TED presentation “Get Your Next Eye Exam on a Smartphone” (see video below), there are currently 39 million people in the world who are blind with 80% living in countries like Kenya, where medical equipment needed to diagnose and prevent blindness is not yet widely available because it is expensive, bulky, and fragile.

Bastawrous set up 100 clinics in Kenya for the sole purpose of determining what was causing blindness in Kenyans. He concluded that the vast majority of cases were preventable if detected early.

Bastawrous noted that an enigma of life in Kenya today is more people have access to smartphones than to clean running water. This got him wondering if smartphones could be used as a tool for diagnosing eye problems. Within months, he and his team had developed a technology called Peek Retina that Kenyan community healthcare workers are using to give eye exams wherever needed. The new smartphone app and adapter uses a smartphone’s camera and allows children, adults, and the elderly to have unprecedented access to eye care professionals anywhere in the world without the need for ophthalmoscopes, sophisticated cameras, and other complex equipment.

The following video is Andrew Bastawrous’ TED presentation, “Get Your Eye Exam on a Smartphone.”