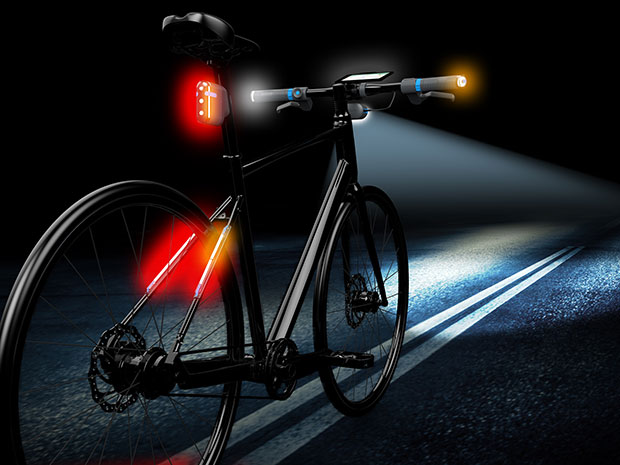 Today, the idea of a fully loaded bike is a bicycle that is not only equipped with a headlight, taillight, or some parts hanging on the frame, but also a variety of electronic gadgets like action cams, battery chargers for smartphones, and cycling computers. But all these are stand-alone items where devices receive power independently.

But a California-based company, OpenBike, is planning to change all that with their operating system for bicycles.

Headlights, a phone mount, integrated automatic rear lights, turn signals, and USB charging – everything will be powered and controlled via a “connected bicycle ecosystem” that’s also available to other bike companies.

To provide internet connectivity to the components, OpenBike will also be able to access its own cloud-based server.

Bike manufacturers will be encouraged to build the basic network into their bikes for the OpenBike operating system. At the same time, electronic component manufacturers will also be persuaded to make products that are compatible with the system.

OpenBike will have a central battery to power all electronic devices

All the OpenBike-compatible components could be charged with a central battery. The owner does not have to keep track of charging of the components. The battery can be removed for recharging, although it will also receive a charge by braking and pedaling.

OpenBike OS will combine bikes into one system

OpenBike OS will incorporate its own open communications protocol which will let gadgets from different manufacturers communicate with one another. For example, speed and GPS coordinates from a cycling computer could be overlayed to an action cam for stamping on the video.

The first version of the OpenBike OS will be released in 2017.