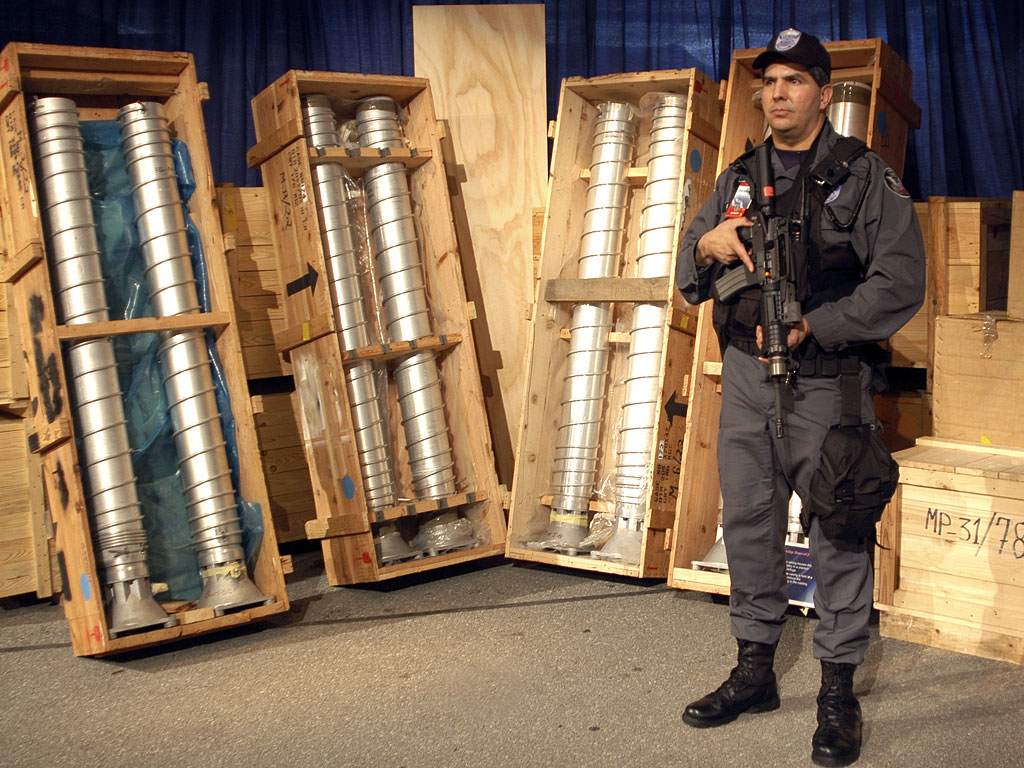 Current negotiations between Iran and P5+1 (China, France, Russia, the United Kingdom, the United States plus Germany), and Israel’s opposition to the draft agreement, remind us of how serious the issue of nuclear weapons remains for the world. Add to this the attempts by Libya to acquire a nuclear weapon in the early 2000s and North Korea’s persistence in developing a nuclear capability and it’s no wonder that The Bulletin of Atomic Scientists’ “Doomsday Clock” is currently at 3 minutes to midnight.

The following image shows the historical record of the world’s nuclear stockpile. The number of weapons peaked in 1986 at over 60,000. While numbers have been coming down, some are worried the stockpiles may never be eliminated. The Cold War lasted from 1947 to 1991 and was characterized by great tension between the Western Bloc, led by the US, and the Eastern Bloc, led by the Soviet Union. The huge nuclear weapons stockpiles built up during the Cold War are still pretty large. According to a report created by Hans Kristensen and Robert Norris of the Federation of American Scientists, The Bulletin of the Atomic Scientists, and the FAS Strategic Security Blog, there are still a lot of nuclear weapons in the world. The report, issued last year, shows that more than 16,000 nuclear weapons still exist, enough to destroy the earth many times over.

Kristensen and Norris estimate that the US Department of Defense maintains nearly 4,760 nuclear warheads with 2,080 warheads deployed and 2,680 in storage. Add to this another 2,300 warheads kept by the US Energy Department that have been retired and are scheduled to be dismantled.

In 2011, the New START agreement kicked in requiring cuts to strategic warheads and launchers. The US has reportedly cut 158 warheads and 88 launchers. Between now and 2025 the US will spend $350 billion modernizing and maintaining its remaining nuclear weapons. If the saber rattling is mostly gone from the Cold War, there remains a deep sense of mistrust at least amongst the most conservative and hawkish people on both sides. At the same time, nuclear weapons remain the ultimate symbol of military power. Following are some of the nuclear issues being discussed around the globe: