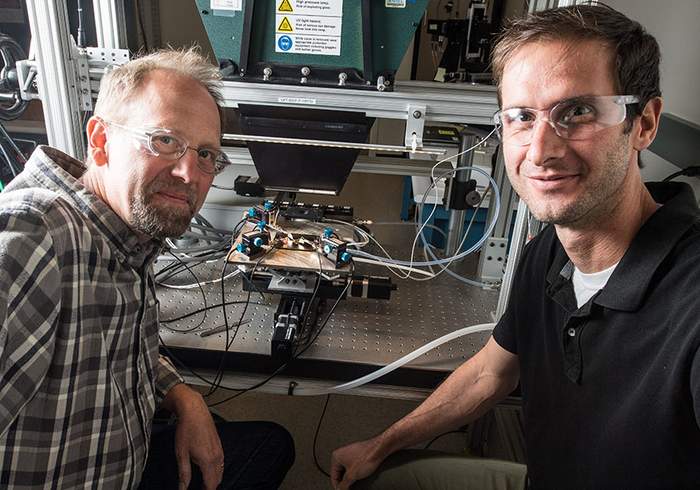 Single-junction flat-plate terrestrial solar cells are limited to convert light into electricity with about 30% efficiency. However scientists were able to achieve higher efficiencies by layering multiple cells together.

They called the device as a six-junction III-V solar cell. For developing the device they used six different types of photoactive layer. Each of these layers consists of III-V materials, named after their positions on the periodic table. These different materials collect energy from different parts of the light spectrum. In all there are 140 layers of semiconductor materials packed into a solar cell. This new solar cell has an efficiency of 47.1 percent.

This new record so developed was broken under light focused at 143 Suns concentration. When operated under light equivalent to one Sun, it was able to achieve an efficiency record of 39.2 %.

Ryan France, co-author of the study, said, “One way to reduce cost is to reduce the required area and you can do that by using a mirror to capture the light and focus the light down to a point. Then you can get away with a hundredth or even a thousandth of the material, compared to a flat-plate silicon cell. You use a lot less semiconductor material by concentrating the light. An additional advantage is that the efficiency goes up as you concentrate the light.”