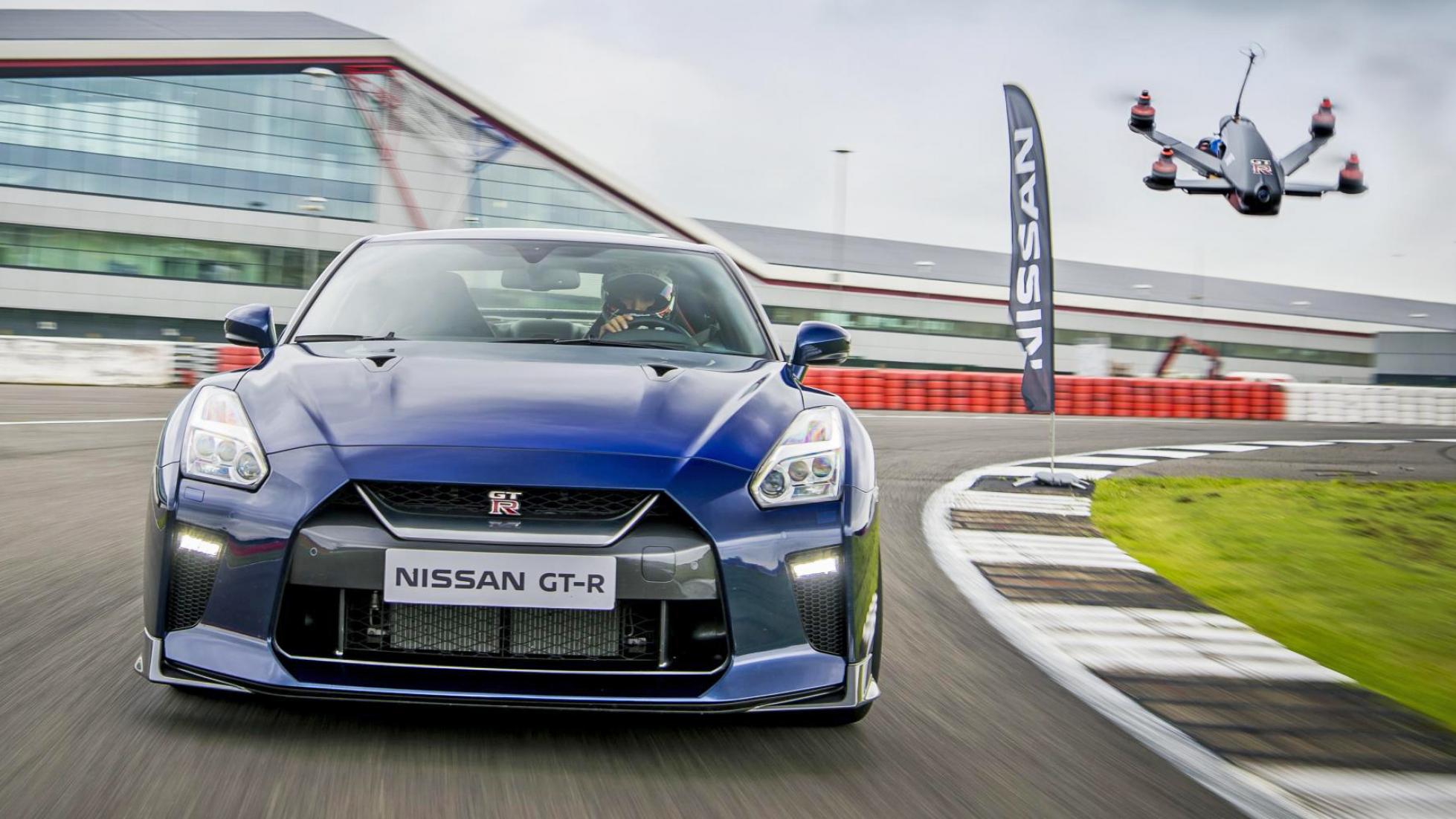 Created by Tornado XBlades Racing, the Nissan GT-R drone is one of the fastest accelerating racing drones the world has ever seen.

Propelled by four 2000kV XNova motors mounted to a reinforced quadcopter frame specifically made for racing, the GT-R drone is a blur with pilot James Bowles, the 2015 British National Drone Racing champion, at the helm.

Nissan has today unveiled the GT-R Drone – one of the fastest accelerating FPV (First Person View) racing drones in the world. Built to be able to keep up with the new 2017 Nissan GT-R while filming on the track, the drone features the very latest in performance-enhancing technology – just like its automotive equivalent.

Custom designed by World Drone Prix Champions, Tornado XBlades Racing, the GT-R Drone uses a special race tuned configuration and low-drag canopy to reach 100 km/h from a standstill in just 1.3 seconds. Both machines use incredible technology and engineering to extract the maximum performance, both in a straight line and through corners. The GT-R car transfers power from its twin-turbocharged 3.8-litre 24-valve V6 to all four wheels; the GT-R Drone delivers incredible acceleration via four propellers mated with 2000kV XNova motors and race specification Sky-Hero quadcopter frame.