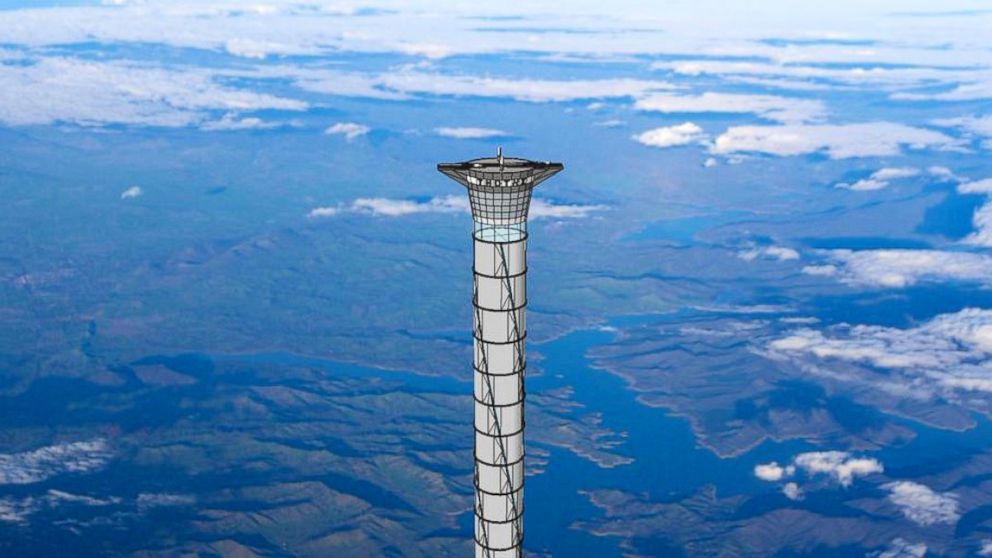 Thoth Technologies, already a player in space technology, has just received US and UK patents for a new space elevator 20 times at the height of today’s tallest buildings that employs an inflatable tower that would propel a ship into space. Thoth already designs and manufactures payloads, equipment, and services for space applications, and for remote sensing, environmental monitoring, and exploration.

According to the patent, the space elevator would be 12.5 miles high (20 km), 755 feet in diameter, and supported by pressurized cells on the outside of the tube.

Thoth, from Pembroke, Ontario, Canada, has created an artist’s conceptual drawing (above). This sounds a bit like the hyperloop, just one that points straight up! As Elon Musk and many others have made clear, the current cost of transporting ships and their contents into space is roughly $10,000 per pound. Thoth estimates that its system would bring that price down to just $230 per pound. The pneumatic tube eliminates the heavy drag of air resistance

Finally, CEO of Thoth, Caroline Roberts, believes that the space tower and self-landing rocket technology can be combined to usher in a new era of space transportation. She noted that “Landing on a barge at sea level is a great demonstration, but landing at 12 miles above sea level will make spaceflight more like taking a passenger jet.”

The Largest Ever 3D Printed Wrench!