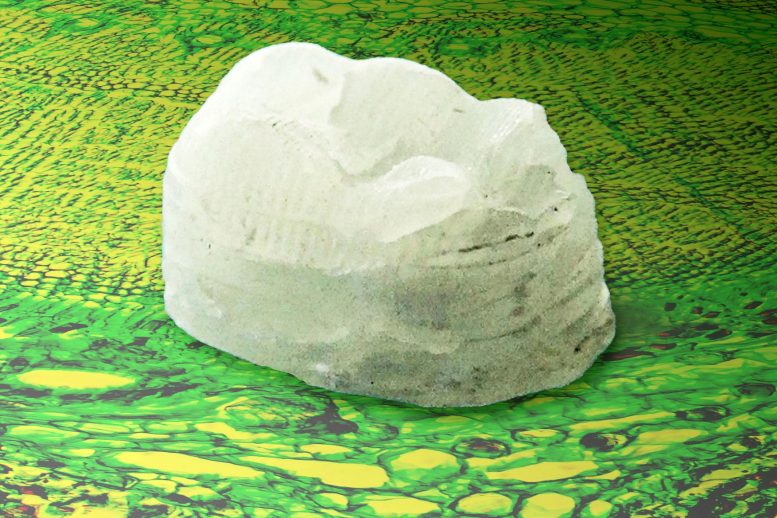 Each year, billions of tons of cellulose is produced from the plants to manufacture paper, board, and textiles. Some of it is also used in the food industry as a thickening agent for drinks, ice cream, and cosmetics.

The main ingredient of this material known as cellulose nanocrystals or CNCs is obtained from the cellulose fibers which make up the cell walls of trees.

On a nanoscale, CNCs are stronger and stiffer than Kevlar. If these crystals could be added to polymers, they could make those polymers stronger. But unfortunately, these CNCs form weak bonds with the polymer molecules.

Now, a team of researchers from the MIT team has formed a composite made mostly by mixing CNC powder with a synthetic liquid polymer. This process allowed the individual nanocrystals to disperse throughout the gel to form a stronger bond with the polymer molecules.

As a next step, scientists poured some of the gel into a mold. Once the gel was dried and shrank, the result was a hard solid material made up of 60 to 90 percent CNCs – the highest fraction of CNCs achieved in a composite to date.

On performing the tests, researchers found that the cellulose-based composite was stronger and tougher than some types of bone, and harder than typical aluminum alloys.