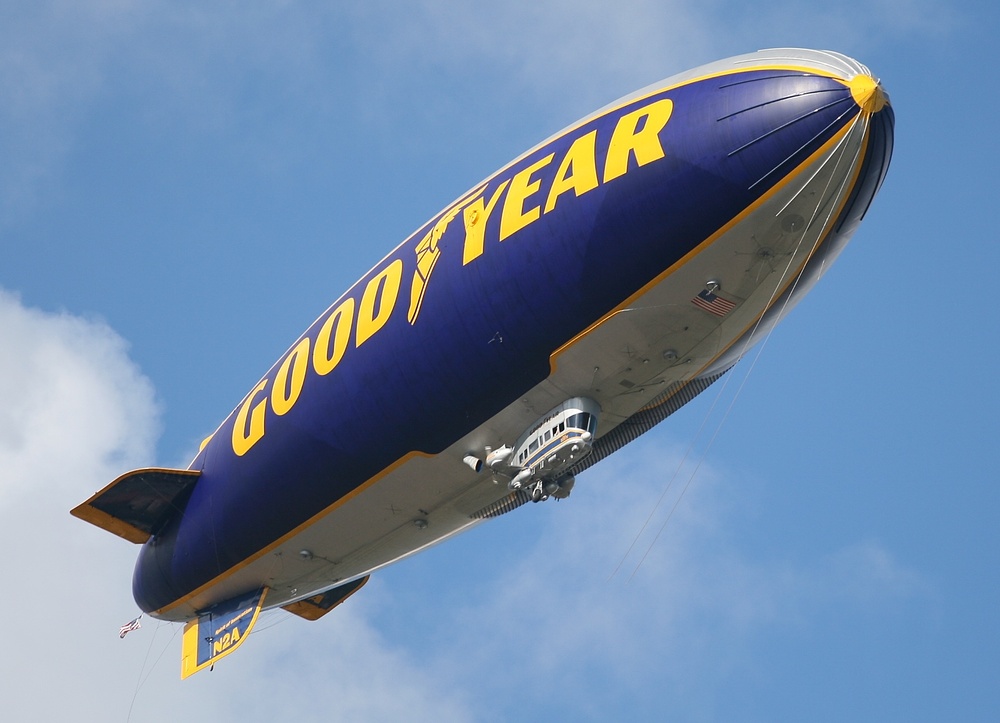 The name Goodyear is synonymous with Akron, Ohio, where the company is headquartered, and aerial broadcast coverage of sporting events in the United States. Goodyear blimps first “hit the air” in 1925 and since then the company has built more than 300 blimps. Last year. Goodyear, entered into an approximately $60 million contract with German ZLT Zeppelin Lufschifftechnik for three new bigger, longer and faster airships to be completed by 2020.

Different in Construction, Operation and Appearance

Goodyear’s new GZ-20 blimps, the first of which was delivered last week at the Wingfoot Lake facility in Mogadore, Ohio, are filled with new technology including the world’s largest color LED display screen on a blimp at 2,100 square feet (195 sq. m.) visible during daylight hours and walk-in bathrooms with windows of their own.

The GZ-20 has three engines instead of two allowing for greater stability and a capability of landing like a helicopter rather than like a plane. Two of these engines are attached to the side of the envelop holding the helium. GZ-20 has a lightweight aluminum and carbon fiber skeleton surrounded by a DuPont polyester skin.

The following video shows a time lapse of GZ-20 construction: