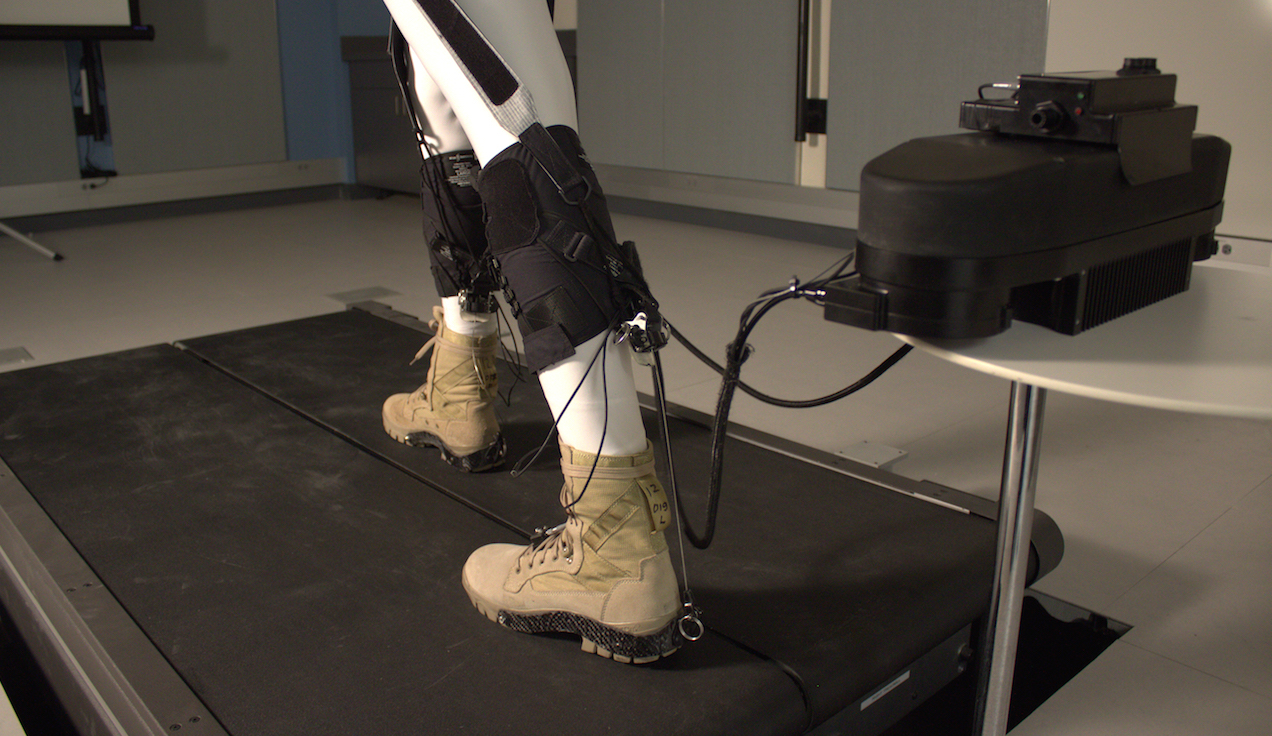 More and more exoskeleton suits are cropping up all over the place these days, but the majority of them appear to be less efficient than advertised.

However, a new exoskeleton from the Harvard Biodesign Lab takes a unique approach in the form of robotic ankles.

That’s right, instead of worrying about the logistics of the entire body, this exoskeleton handles all the mechanical force directly at the ankle joints.

Instead of having to utilize copious amounts of heavy batteries and motors like previous suits, which also happen to be clunky and uncomfortable, the Harvard researchers discovered robotic ankles could handle max assistance.

How did they figure this out you ask?

Simple. They tested seven men wearing an exosuit on a treadmill and determined the robotic ankles not only helped move the user forward in a natural stride but also assisted with proper hip movement.

In fact, the researchers wrote in a paper published in Science Robotics that the robotic ankles helped wearers reduce their metabolic energy consumption by 23 percent.

For what it’s worth, that’s a record rate folks. Now You Can 3D Print This Camera Lens For Less Than $15!