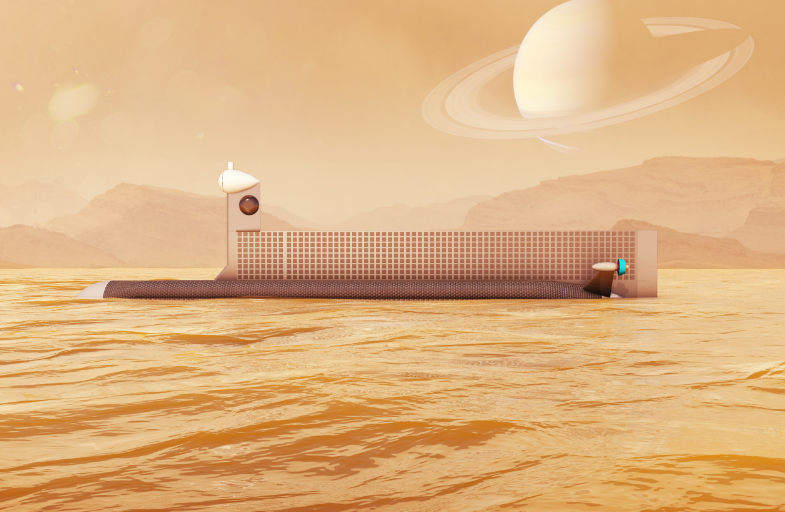 Titan, Saturn’s largest moon, is more similar to the Earth than any other body in the solar system, especially its atmosphere, which has layers just like our planet.

Conversely, Titan is extremely cold, with the average surface temperature around 94 degrees Kelvin (minus 179 C, or minus 290 F). Titan is so cold that water is frozen as hard as granite. It also has oceans of liquid methane and no water, but scientists still wonder if life based on methane could exist on Titan.

The submarine will carry all the required instruments to measure the chemical composition of Titan’s oceans, the currents, tides, and the structure of the ocean floor.

The submarine will be fully autonomous. It will be packed with all kinds of meteorological tools, sensors, cameras, radars, and sonar equipment to facilitate a complete exploration. The submarine would be able to communicate with the Earth as well.

The project is still in the conceptual stage. A first mission has been tentatively scheduled for 2038 when Earth and Saturn are aligned properly.

The Way to Survive in 2045 May Be In Artificial Bodies

Cold Atom Labs to Provide Insights Into Dark Matter, Origin of the Universe