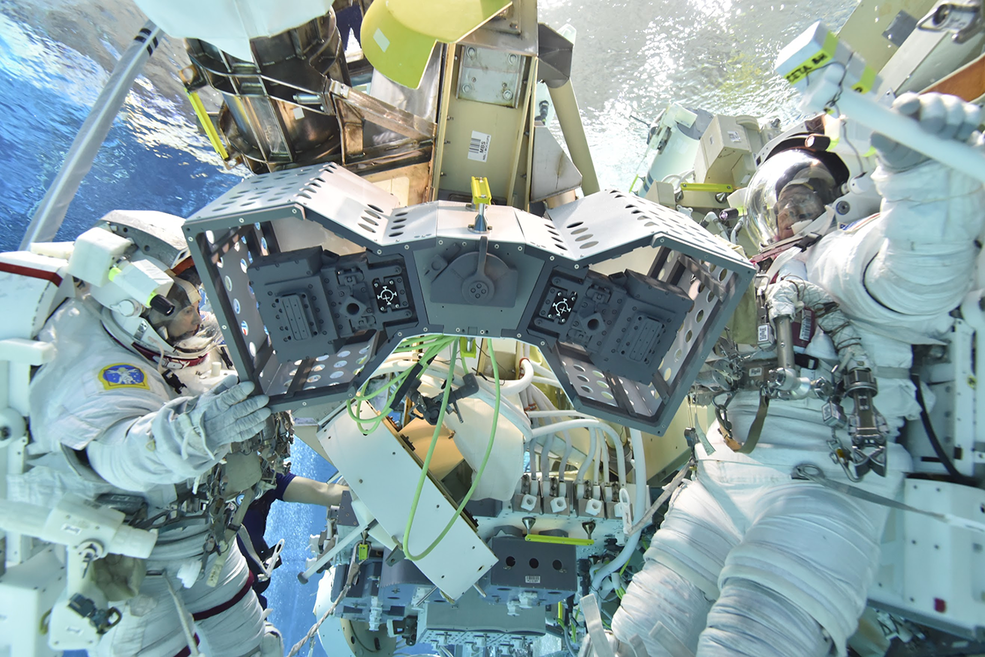 NASA  launched a “robot hotel” to the International Space Station on December 4. It was sent via 19th Space X commercial resupply mission. The robot hotel which is more formally known as the “Robotic Tool Stowage” unit or the RiTS for short will help in identifying leaks from the station.

Its first residents are two Robotic External Leak Locators (RELL). Outfitted with mass spectrometers, these robotic tools are used to detect leaks from the station. Two RELL units are already on board the ISS. First RELL was launched in 2015. After its success, a second RELL was launched as a backup earlier this year.

Mark Neuman, RiTS hardware manager, said, “For each of its stored tools, RiTS will provide heat and physical protection from radiation and micrometeroids, or tiny, high-speed objects hurtling through space”

“Its thermal system maintains ideal temperatures for the instruments, helping them stay functional.”