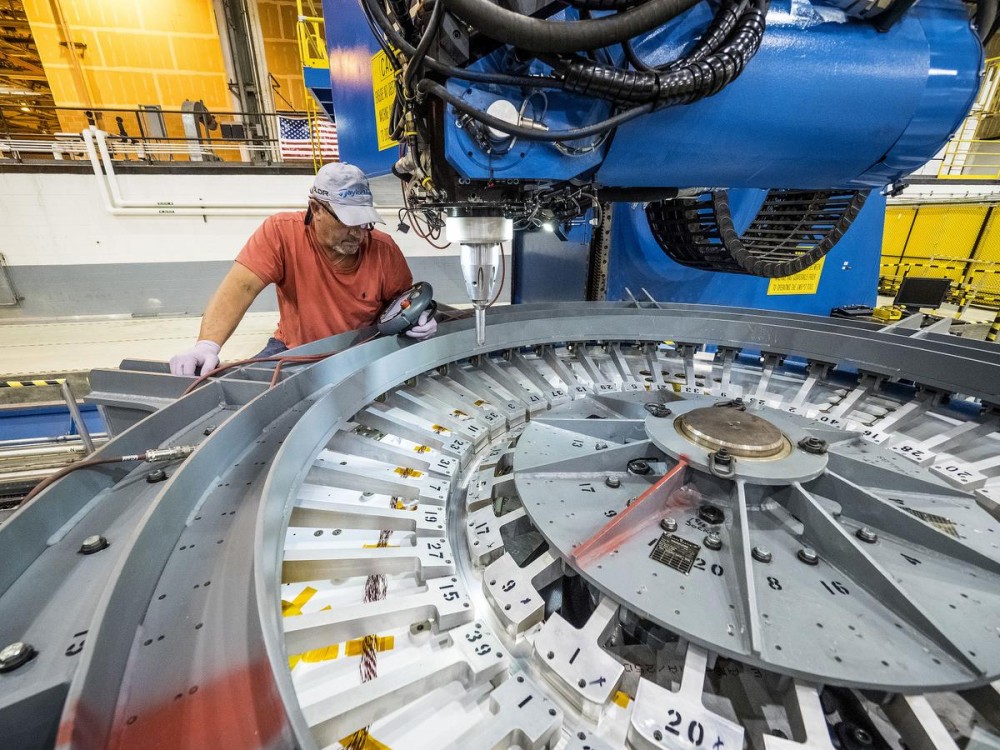 In Greek mythology, Orion was a giant Boeotian hunter in pursuit of the Pleiades who was slain by Artemis and placed in the sky as a constellation. While the origin of the Orion spacecraft might have something to do with mythology, the real work of creating a space-worthy vehicle depends completely on science.

One of the threads running through NASA’s programs, post-Space Shuttle, is to shorten manufacturing schedules and simplify technical requirements in order to reduce costs, improve safety, and increase the frequency of launches.

Preliminary Work on First Test Flight of the SLS

Lockheed Martin engineers at NASA’s Michoud Assembly Facility in New Orleans recently completed a critical step in the assembly of the primary structure and underlying components of the Orion spacecraft for the third time. Hopefully, the third time is the charm. The process began with fusing the first two of seven large aluminum pieces that are part of the Orion crew module and which pressurize the compartment. According to NASA officials, brand new programs often run into unanticipated hurdles that must be overcome; these hurdles may push back the date of currently scheduled launches.

Orion has many complex parts including heat shields, igniters, thrusters, rockets, data communications modules, undocking components, a human habitat, thermal shields, and much more, all of which must be carefully integrated in order for successful missions to ensue.

The Orion spacecraft will be propelled into space by NASA’s 77-ton (70-metric ton) lift capacity Space Launch System (SLS) rocket. Orion’s upper stage, or the Interim Cryogenic Propulsion Stage, will provide propulsion needed to fly beyond the moon before the spacecraft returns to earth.

According to NASA’s Bill Hill, “every day, teams around the country are moving at full speed to get ready for Exploration Mission-1 (EM-1) when we’ll flight test Orion and SLS together,” for the first time.

NASA has spent close to $5 billion on the Orion program with an eventual price tag of nearly $7 billion. Orion’s first unmanned test flight of SLS/Orion will take place in 2018 while the first human flight is expected in 2023.

The following video explains some of the major welding on the Cryogenic Propulsion Stage: