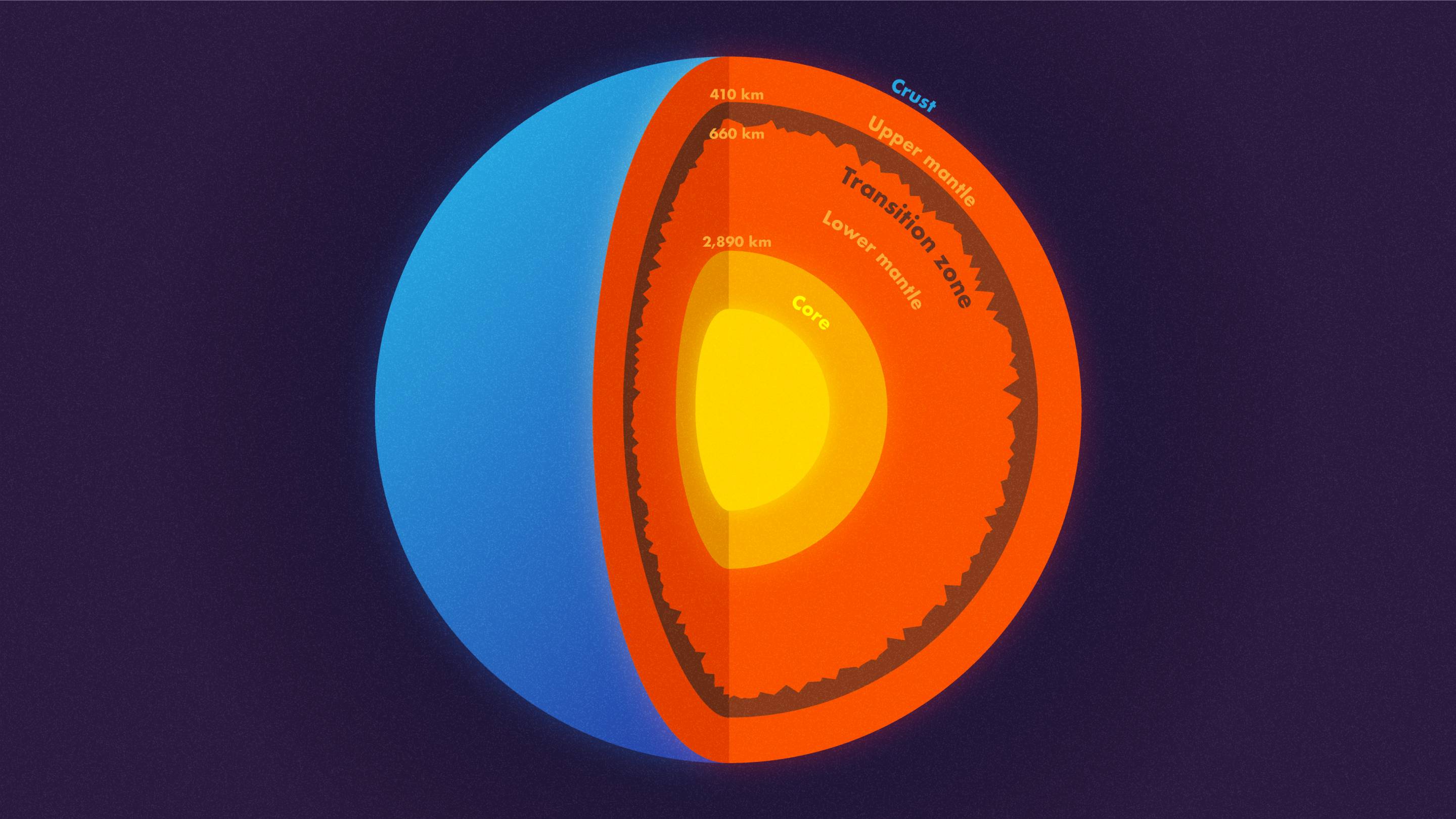 The Earth may seem pretty flat if you view it from distance, but in our eyes, it is anything but flat. Mountains surround us almost everywhere, and the seabed goes pretty deep as well. If there wasn’t water in the Oceans, the difference between the highest and lowest point of the Earth would’ve been 12.35 miles. But, what about what’s beneath the surface? Is it perfectly divided into layers as we thought? It turns out that even under the Earth’s crust there are mountains, 410 miles deep to be exact.

Jessica Irving and Wenbo Nu, geophysicists from the Princeton University, in collaboration with Sidao Ni from the Institute of Geodesy and Geophysics in China, looked at data taken from an enormous earthquake in Bolivia and found out that the transition zone between the upper mantle and lower mantle is smooth on the upper side, but rough on the lower side. If you could take a look at these mountains, they would be inverted, as their peeks are targeted toward the Earth’s core.

The transition zone is a layer that’s located 410 miles beneath our surface. According to the scientists, the mountains that form in this layer might be bigger than mountains such as Mount Everest. They still don’t have precise measurements though. The Bolivian earthquake they used for this discovery happened in 1994 and at that time, there weren’t enough seismometers and the data gathered is not sufficient.

The reason they used data from this earthquake is that it was one of the most powerful known to humankind, at magnitude 8.2 on the Richter scale. If that doesn’t sound much, note that it is 30 times more powerful than a magnitude 7.0 earthquake, which can be pretty devastating as well. “You want a big, deep earthquake to get the whole planet to shake,” said Jessica Irving, an assistant professor of geosciences, explaining a deep earthquake further “instead of frittering away their energy in the crust, can get the whole mantle going,”.

Apart from the data, they used the powerful Princeton Tiger supercomputer, that can compile the data and simulate the behavior of the waves inside the Earth’s surface. More precisely, the computer measures how much waves bend and bounce off surfaces. For example, waves reflect when they encounter boundaries in the crust, like a change of density of materials. Doing these simulated measurements, the computer showed that there is roughness in the Earth’s mantles, but also that there are smooth patches – the same as the surface of the Earth.

This discovery is very important for our understanding of how the Earth formed, how it changed over its 4.5-billion-year history, and how it functions today. Right now there is a theory that the rough patches in the transition zone are formed when the upper and lower mantle don’t mix well, due to different chemical properties, while the smooth areas are where both mantles mix well vertically. However, a further investigation from other deep earthquakes that might happen today will show even more data, thanks to the existence of a much higher number of seismometers.

Learn More About Getting Your Engineering Degree Online