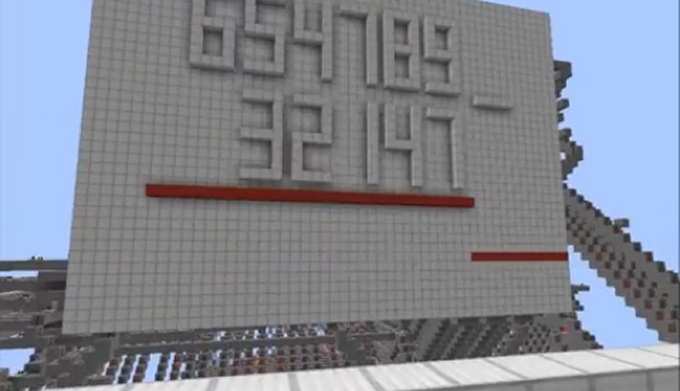 If you have ever played Minecraft you know how basic its gameplay is. However, despite the game’s simplicity, it allows you to build just about anything your creative mind can think of, like a house, or a pixelated picture, or even a functional computer.

Minecraft feels a lot like playing with Legos, in the sense that you build with different objects on a square unit based system. In the game you can lay down red stone which acts like wiring to preform basic electrical functions such as  pulling a lever or stepping on a pressure plate to open a door. The ability to make a computer in this game is entirely possible because of this.

I’m no hardware developer but making a fully-functional calculator complete with log, tan, cos, and sin, on a simple gaming platform is pretty impressive. In the video the creator explains all of the functions on the fully-operational scientific calculator and how he went about making it work, but to really admire it I guess you would have to be a Minecraft player, or a calculator programmer, or both.