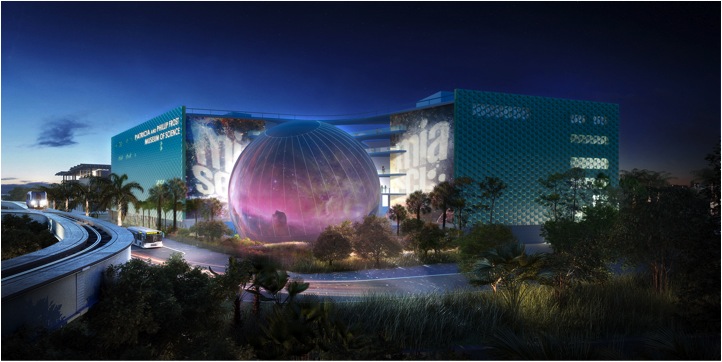 Miami is in the process of building a new science museum, which so far has been characterized by the implementation of unique architecture, the latest example being an orb-shaped planetarium.

Made out of concrete, the spherical planetarium will be responsible for holding itself up, a task that has proven to be challenging for builders.

First, a metal tower had to be constructed as a sort of base or core for the building, allowing for 32 concave pieces of concrete to be carefully placed around it. Each of the concrete slabs, which weigh about 50,000 pounds apiece, were lifted meticulously into place by a 550-ton hydraulic crane.

In the end, a structure this magnificent can only be completed through continuous hard work, so the crew worked day and night for two weeks to complete the planetarium successfully.

“The team erected panels during the day and welded the panels at night so they could be ready to erect new panels in the morning and maintain the schedule,” says Skanska, the team responsible for the project.