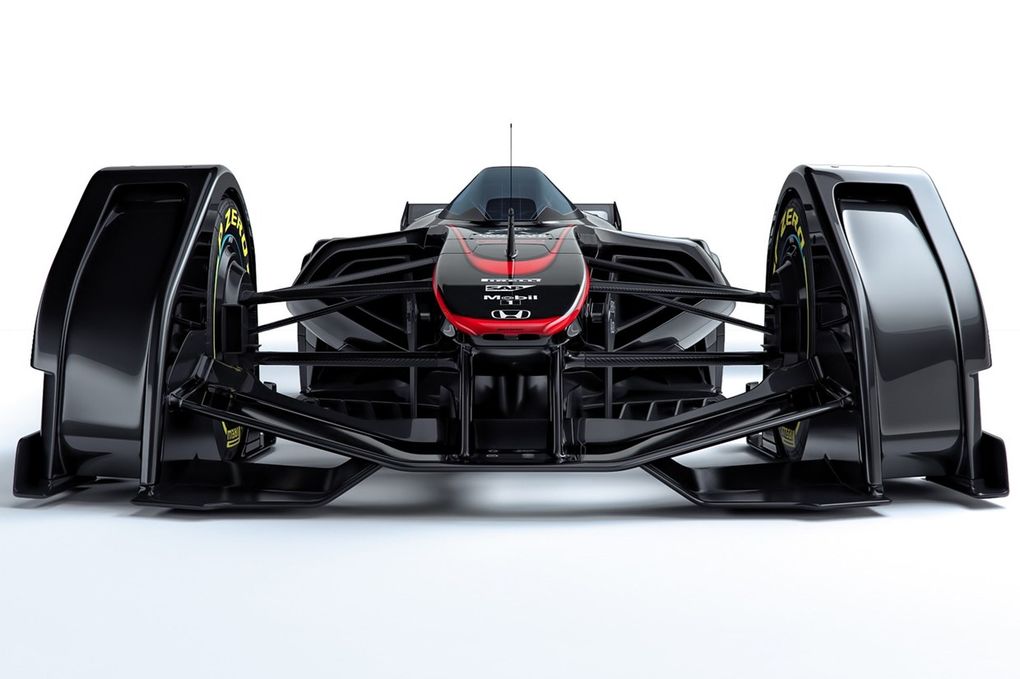 McLaren has unveiled its “vision of the future” which turns out is just code for a badass Formula One concept vehicle.

The Mclaren MP4-X features an enclosed cockpit, strongly resembling a fighter jet, specifically designed to not only attempt to eliminate head injuries but prevent them from happening altogether.

While it is merely a concept, regarding the McLaren MP4-X, the company says, “the technology that’s been applied to the MP4-X is all real, even if it’s still in its earliest stages of conception.”

I’d take that with a grain of salt, but the MP4-X does seem much more likely to see the light of day than some of the super futuristic concept vehicles we’ve seen on the internet recently.

McLaren hopes to eventually introduce a brain-controlled driving system capable of “monitoring the electrical signals within the driver’s brain” and combining this with hand gestures to steer the car. “A vehicle with no physical controls at all is a theoretical possibility, one equipped with visual gesture control systems or holographic instrument panels,” says McLaren. “The tech for this sort of thing is still in its earliest stages — but it could be possible.”