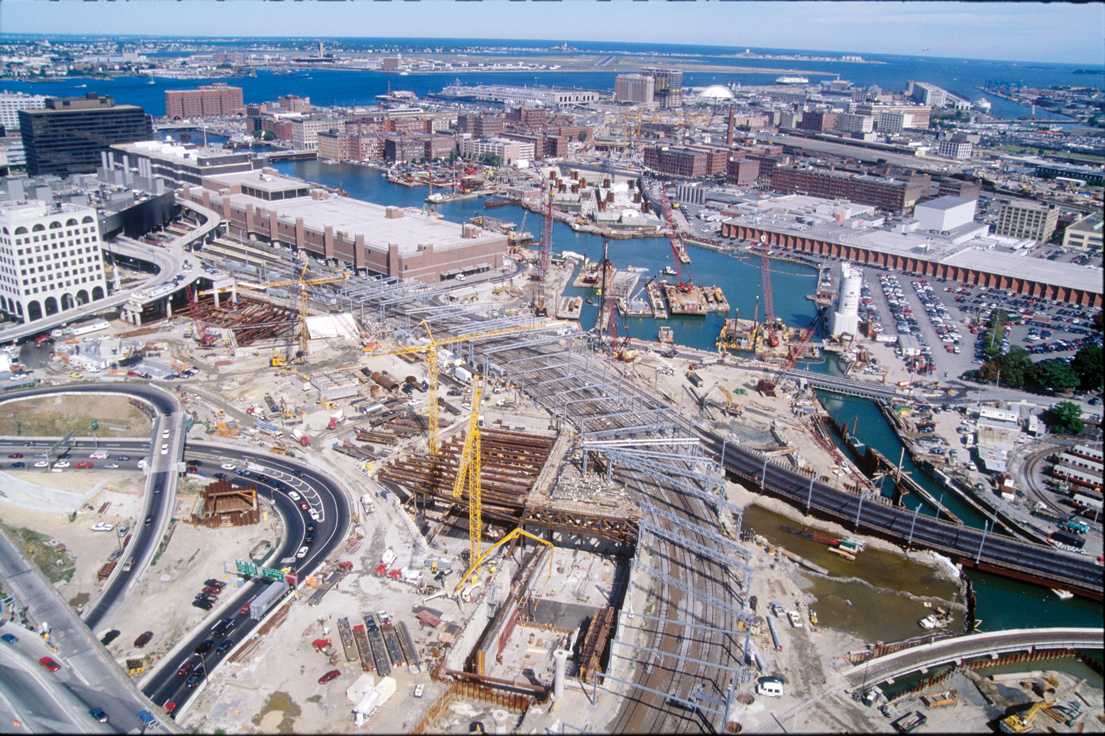 The Big Dig, the largest public works project in US history, required $110,000,000 a month at its peak and poured 3.7 million cubic yards of concrete, nearly enough to build a sidewalk three feet wide and 12 inches thick from Boston, across the Atlantic Ocean, to London, if concrete could float on water!  Originally estimated to cost $2.8 billion, the final bill was $14.7 billion. A brief list of challenges included uncharted utilities, archaeological discoveries, complex ground water issues because the project was adjacent to Boston Harbor, weak soil, hazardous materials, frequent design changes, scheduling issues and much more. Projects this large spin off a number of things. Lawsuits for worker deaths, cost overruns and for faulty or substandard materials. On the positive side, new technologies and methods come into being as a result of creative responses to challenges such large projects bring.

One would imagine that bringing a project in 5.6 times over budget would be the end for the project manager but Bechtel/Parsons Brinckerhoff accumulated valuable experience with one of the world’s most technically challenging “mega projects” and has parlayed it into new contracts like the Panama Canal Expansion due to be completed in 2014. With the world’s population continuing to expand, many more mega-projects are on the drawing board.