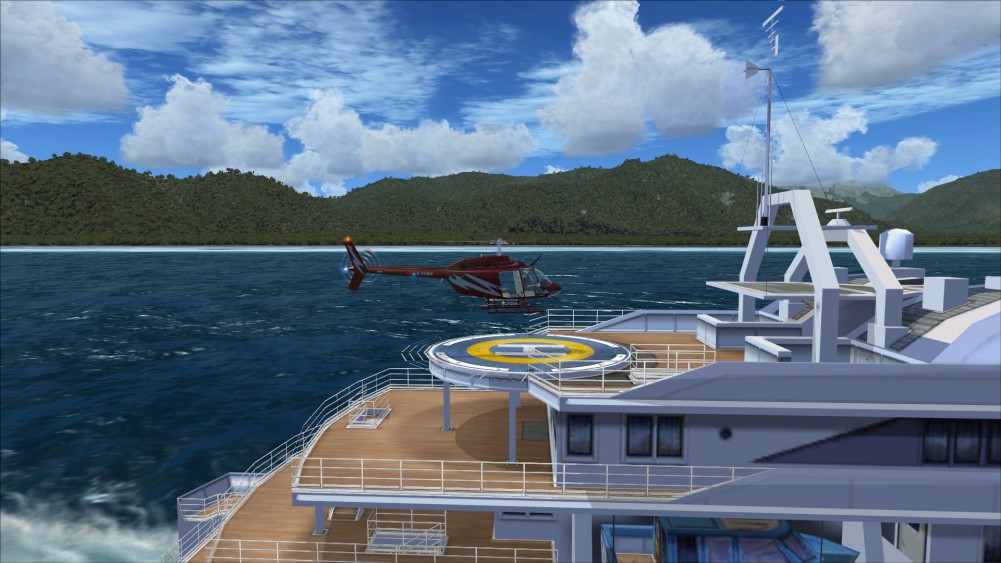 Landing a helicopter on a superyacht helideck is easy, compared to landing it on an average size yacht, but still takes skill and nerves. And with more and more superyachts being built each year, yachts are becoming so big that the largest often include two helicopter landing areas. The request for helicopter landing pads on yachts is increasing every year.

The main reason for helicopter access to a yacht is turning what might be a harrowing and long journey to and from a yacht over rough seas into a minutes long aerial jaunt, significantly reducing time; this can come in handy when there are medical emergencies. And for owners of these types of yachts time is money.

Companies like Heli Riviera in Cannes, France, provide services to yacht owners and their pilots to help them meet regulations and operational standards when using helicopters on their super yachts. Heli Riveria’s owner, Nigel Watson, has seen demand for his services growing over the past decade and he provides helicopters, flight crews and operational support. The following video by Rotor Yacht shows a Eurocopter EC 135 landing on a moving yacht in relatively calm weather. Note the ship is moving thereby providing stability to the landing platform as the ship plows through waves.

This is much like a bike being more stable when moving than when stationary. Were the ship to be sitting in place, moving up and down with the waves, landing would be more difficult. These days helicopter pilots are able to simulate landing missions by running computer tutorials. One of the biggest threats to a helicopter is leaving it at the mercy of weather when it is not in use, sometimes degrading parts and making the plane more prone to accidents.Some larger yachts are designed so that their helicopter and anding pad are lowered by hydraulics and tucked into an onboard hanger.