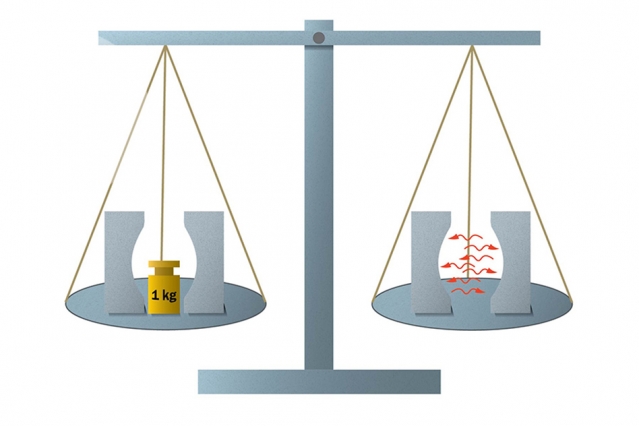 May 20th, world metrology day, was a historic day for the scientific community, as the definition of the kilogram (the basic unit of mass) has changed forever.

After 130 years of establishment of the kilogram, a new definition is put in place, which is far more accurate than anything we’ve had until now.

For most of us, the new definitions won’t change much, it is just as heavy as it was before, but now scientists have come up with more accurate standard for defining the kilogram.

Earlier kilogram weight was defined by a physical cylinder of platinum-iridium alloy (90 percent platinum and 10 percent iridium), kept in a special vault outside of Paris. It is known as the International Prototype Kilogram or “Le Gran K”. It has been losing mass, about 50 micrograms over its lifetime. So, now onwards, the kilogram will be officially measured by a physical constant known as the Planck constant.

Present value of the kilogram can never, ever change

Now onwards, Kilogram corresponds to the mass of an exact number of photons, or particles of light, of a particular wavelength. After this change, Kilogram is defined in terms of seconds and the meter, which are physical constants.

Emeritus Director of the International Bureau of Weights and Measures (BIPM) Terry Quinn, said, “It is only now that we can define the kilogram in terms of a constant of physics – the Planck constant, the speed of light and the resonant frequency of the caesium atom,” He explained, “Why all three? This is because the units of the Planck constant are kgm2s-1, so we need first to have defined the metre (in terms of the speed of light) and the second (in terms of the caesium atom in the atomic clock).”