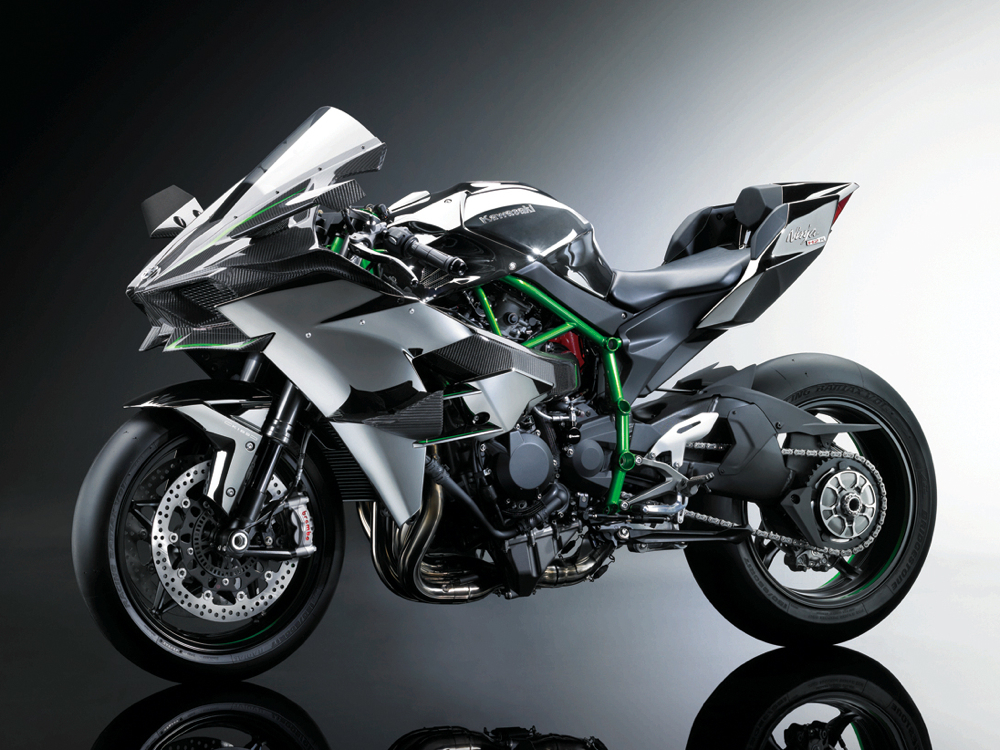 Kawasaki has unveiled a brand new 300-horsepower superbike called the Ninja H2R. The bike is the first of its kind, one of a few motorcycles on the planet equipped with a supercharger, which was built by Kawasaki engineers who generally specialize in building jet engines.

To say the Ninja H2R is powerful is a huge understatement as it was specifically designed to reach peak performance on a race track.

The new superbike can be attributed to 998-cc inline four cradled in a steel trellis frame that produces 300-horsepower. The engine features a centrifugal supercharger that forces more air into the engine allowing the motorcycle to exceed 200 miles per hour.

We do not know much about performance specs, pricing, or even the release date just yet, but motorcycle enthusiasts are already salivating at the idea of riding this beast.

Look for more announcements regarding the superbike from Kawasaki in the upcoming weeks. And we’ll keep you posted right here on IndustryTap.