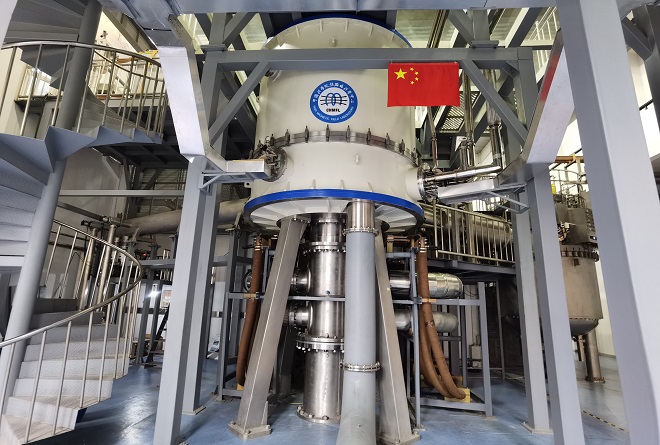 The National High Magnetic Field Laboratory in the United States created a world record in 1999 when they produced the most powerful magnet with a magnetic field of 450,000 gauss (45 tesla).

Researchers at the US facility also produced a 45.5-tesla field in 2019 but that was a test magnet, not used for scientific experiments.

The world record that stood for 23 years was broken recently by scientists from the Chinese Academy of Sciences’ High Magnetic Field Laboratory.

In a major technological breakthrough, Chinese scientists produced a steady field of 45.22 Tesla, the highest steady magnetic field by a working magnet in the world.

“To achieve a higher magnetic field, we innovated the structure of the magnet, and developed new materials,” said Professor KUANG Guangli, the academic director of the High Magnetic Field Laboratory of Hefei Institutes of Physical Science, Chinese Academy of Sciences (CHMFL). “The manufacturing process of the bitter discs was also optimized,”

This 45.22-tesla hybrid magnet is composed of a resistive insert nested in a superconducting outer ring with a bore of 32mm, roughly the size of a coin.

The success of this highest steady magnetic field will prove an important milestone in the development of magnetic technology for limitless energy from nuclear fusion.