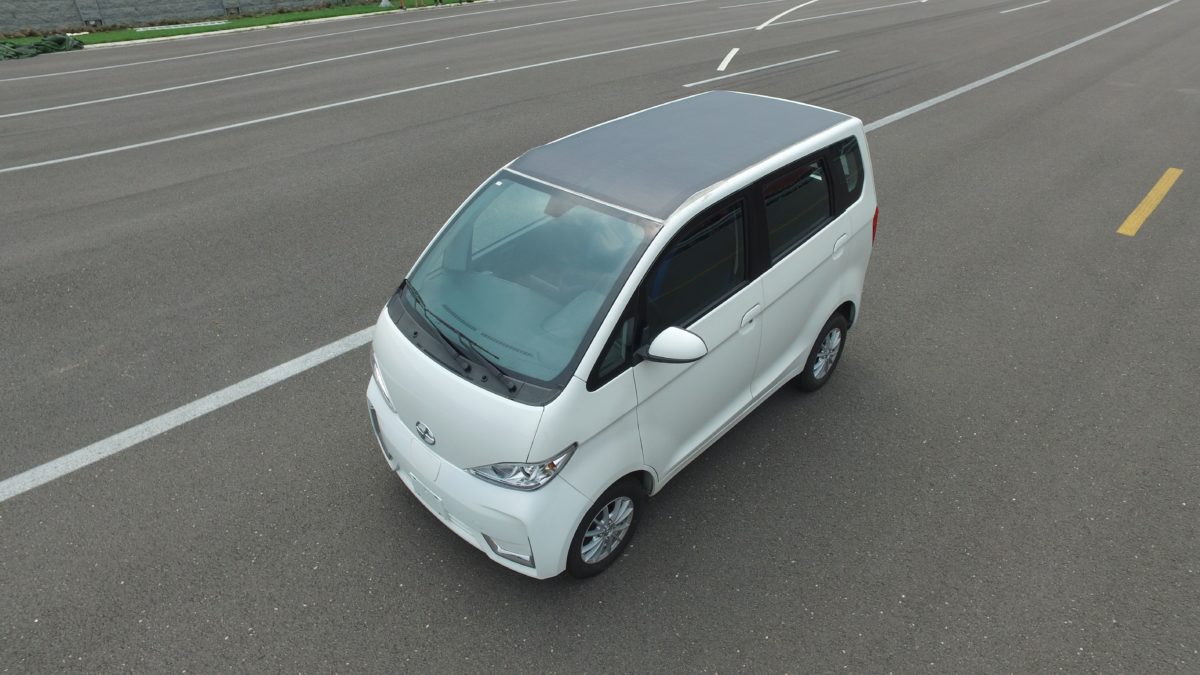 The Chinese auto-maker “Joylong Automobile” has created a new model in collaboration with thin solar film expert “Hanergy”, called the “K-Car”. The idea is that the small car will be able to run solely on solar power for up to a month, without requiring a recharge. The company has tested the new EV for 30 days, doing 20 kilometers daily, and with the weather being sunny, but not wholly fair. While 20 kilometers may not sound like much, you should not forget that we’re talking about a small city car that is meant to cover small distances for grocery shopping, short commute, etc.

Even at this distance, Hanergy claims that the K-Car retained more than 60% of charge after the testing was concluded. Each day, the K-Car had an average of 70% of charge left, which practically means that it could do another 30 to 80 kilometers if needed. This makes up for a total daily range of 50 to 100 kilometers, all done thanks to the rooftop PV cells and nothing else.

If you think that Joylong cares about novel creations to demonstrate their expertise, or to promote partnerships with Hanergy, you are mistaken. The K-Car is a prototype of a real model that the company is genuinely interested in putting into production. In March, car dealers in the Hainan province will stop selling petrol and diesel vehicles, with EV cars posing as the only choice. Joylong already sales delivery tricycles that operate on a solar roof, and they have been doing so since 2017.

Similarly, Hanergy is not a newcomer in the field of automotive technology. They have supplied solar mats to DHL, who used them in their U.K. fleet, and they also collaborated with Audi on the development of stylized solar roof systems that match the German manufacturer’s design mentality. Finally, Hanergy has already honed their “mass production” skills through partnerships with Chinese couriers such as STO Express and ZJS Express.