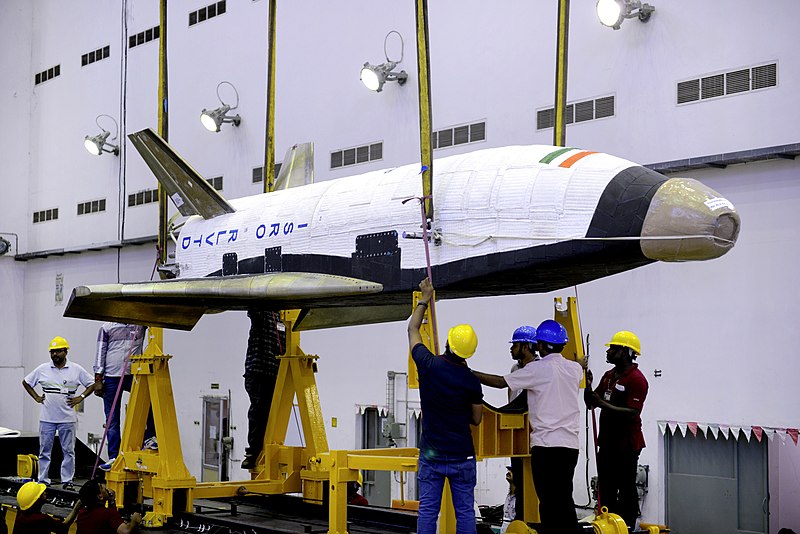 The Indian Space Research Organization (ISRO) is planning to test out its reusable launch vehicle-technology demonstrator (RLV-TD). ISRO is going to carry out a key landing Experiment RLV-LEX.

ISRO chairman S Somanath, said, “We will be demonstrating one of the critical technologies — the approach and autonomous landing on a runway. This will happen in Challakere. We are preparing for the test and systems are being readied. We will soon make an announcement.”

The vehicle looks similar to the now-retired space shuttles used by NASA from 1981 to 2011. But the size of the vehicle is smaller than the full-sized NASA space shuttle.

In the first test, RLV-TD will be carried using a helicopter to an altitude of about 3km to 5 km before being released. After the discharge, the vehicle will glide towards a runway and carry out usual autonomous landing with the landing gear.

S Unnikrishnan Nair, director, Vikram Sarabhai Space Centre (VSSC), explained, “Once we successfully complete this mission and we have validated the software, landing gear, and get data on how the aerodynamics sensors worked to maneuver the aircraft… we will be ready for the orbital re-entry experiment,”

According to ISRO, “The cost of access to space is the major deterrent in space exploration and space utilisation. A reusable launch vehicle is the unanimous solution to achieve low cost, reliable and on-demand space access,”