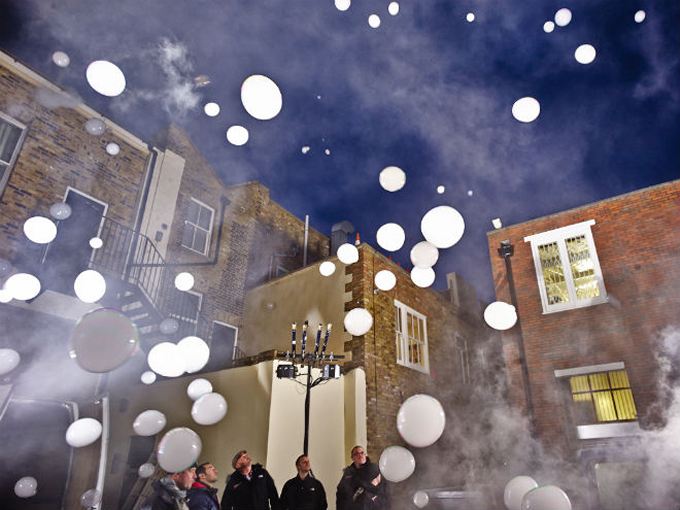 Open up and say ahh to orange-flavored bubbles floating through the air. Photo © Stefan Braun

Sam Bompas and Harry Parr have been dreaming up magical culinary products for the past five years in their studio, creating things such as a 10-foot chocolate waterfall, a flavor-changing gum, and a four-ton punch bowl that people could either drink from or row across.

The partners set out to create something equally as memorable this past New Year’s eve, in which they had great success, working six months to create a fireworks display over the Thames River that incorporated taste, smell, and flavor into the fireworks.

With the help of flavor scientists and pyrotechnic experts, Bompas and Parr satisfied the huge crowd with their show which involved more than a quarter million people inhaling strawberry smoke, popping orange bubbles, eating peach-flavored snow, and being rained on by banana confetti.

With their pension for topping previous culinary feats, one can only imagine what these two modern-day Willy Wonkas have in store for their next project.