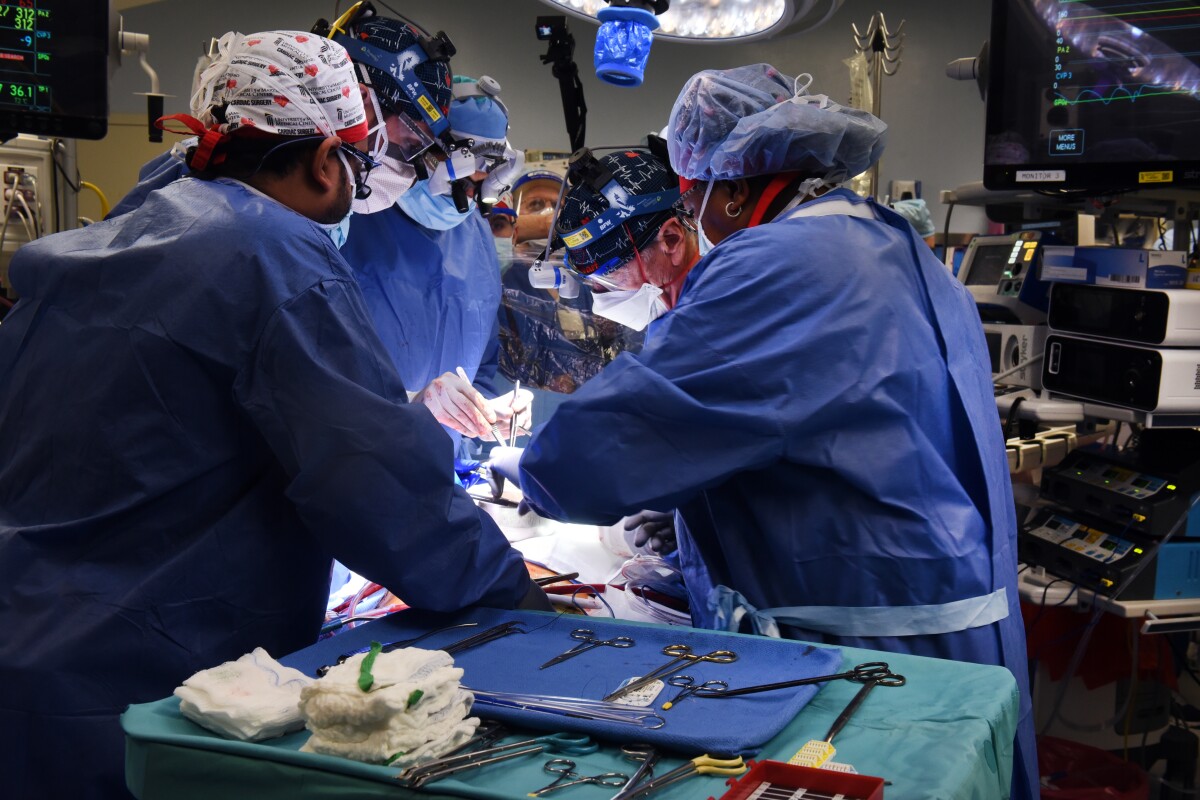 To close this gap, Organs from genetically modified pigs have been the focus of research in xenotransplantation or transplanting organs and tissues from animals.

Using pigs as source of organs is preferred by scientists because pigs have genetic and physiological traits similar to humans. Besides that, pigs are already produced as a food source and provide some replacement tissues, such as heart valves.

In a medical first, surgeons at the University of Maryland Medical Center transplanted a pig heart into a patient. The eight-hour operation took place in Baltimore last Friday.

A US man, aged 57 became the first person in the world to get a heart transplant from a genetically modified pig. The patient is doing well four days after the highly experimental surgery.

Since the patient was deemed ineligible for a human transplant, the University of Maryland Medical Center was granted a special dispensation by the US medical regulator to carry out the procedure.

The pig used in the transplant had undergone gene-editing to ensure it doesn’t get rejected by the host immune system.