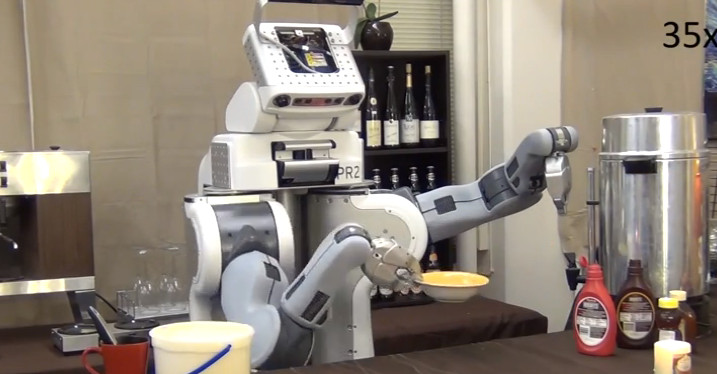 “Tell Me Dave” is a new robot from Ashutosh Saxena and researchers at Cornell University’s Robot Learning Lab, designed to continuously learn over time through human commands and communication.

Dave is a robot who can readily identify objects and associate them with their capabilities. For example, it scans everything around it with its built-in 3D camera. It can identify a cup and know it is meant for drinking liquids.

Instead of coding out tedious bits of data to get Dave to behave a certain way, the robot is taught the traits of objects and responds to the objects in the proper manner.

The video below shows the robot responding to a command to make ice cream and while it does not go seamlessly, the final product is a success.

“Take some coffee in a cup. Add ice cream of your choice. Finally, add raspberry syrup to the mixture.”

Is This Ancient Sun Temple the World’s Biggest Clock?
The Challenges of Building Closed Ecological Systems