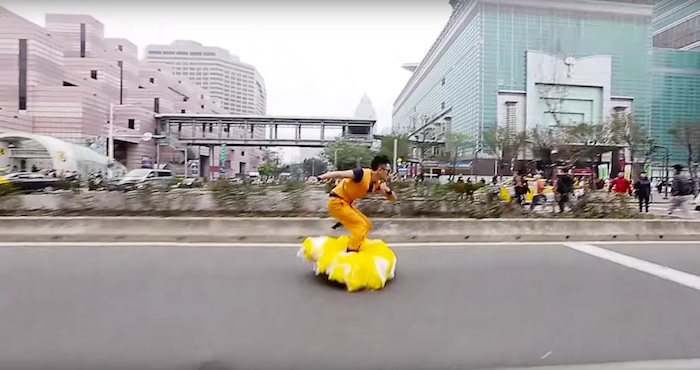 We still haven’t come up with a better term beyond “hoverboards” to describe the handlebar-less Segways that have taken the world by storm.

Using the term hoverboard to describe something that doesn’t actually hover seems odd, but I guess it’s commonplace now.

For every exploding hoverboard story, there seems to be another cool story encompassing the popular devices.

Taiwanese YouTuber Yes Ranger recently took his hoverboard to the next level by partaking in some Goku cosplay from Dragon Ball, with the hoverboard acting as his yellow flying cloud.

If I were in Taipei and saw this dude soaring around in this getup, it’d definitely brighten my day.

Plus, he’s kind of hard to miss in orange and bright yellow.