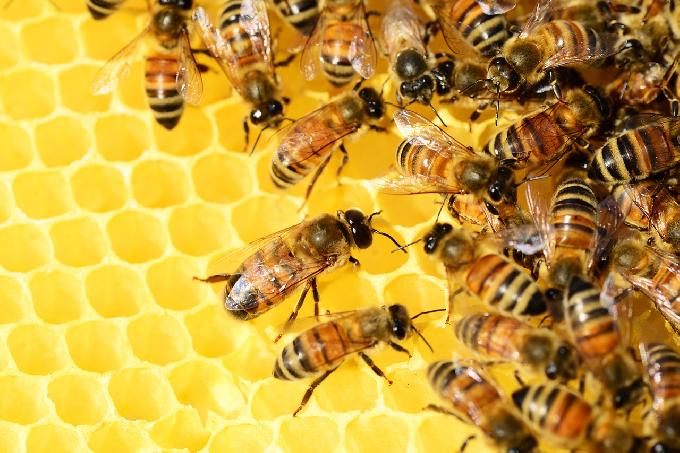 Photo by PollyDot / CC BY

For most of us, a honey bee sting is just a nuisance. But a new lab study shows that a molecule found in bee venom is effective in disrupting cancer cell growth.

Honeybee venom has an active compound called melittin that can destroy a particularly aggressive form of breast cancer cells.

In this study, researchers focused on certain subtypes of breast cancer, like triple-negative breast cancer (TNBC). TNBC is one of the most aggressive types of cancer with limited treatment options. It accounts for 10-15% of all breast cancers.

She added, “We found that the venom from honeybees is remarkably effective in killing some of these really aggressive breast cancer cells at concentrations that aren’t as damaging to normal cells,”

In experiments on mice, researchers discovered that the combination of melittin and docetaxel worked efficiently in reducing tumor growth.

It is a big discovery, but a lot more work is required before this compound could potentially be used on humans.

Associate Prof Alex Swarbrick, said, “Many compounds can kill a breast cancer cell in a dish or in a mouse. But there’s a long way to go from those discoveries to something that can change clinical practice,”

Researchers wrote in their paper, “Future studies to formally assess toxicities and maximum tolerated doses of these peptides will be required prior to human trials,”