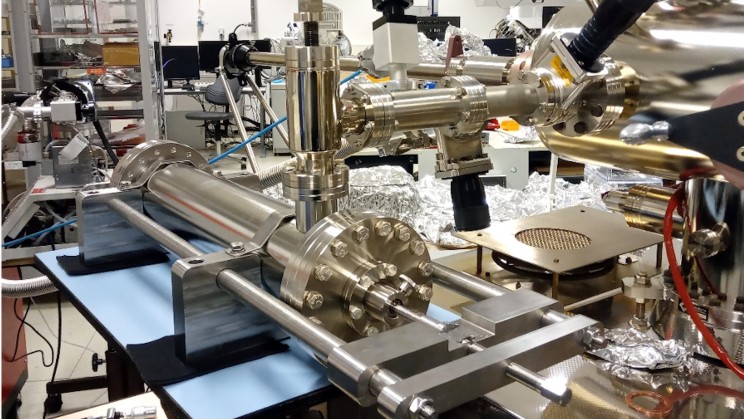 Once on Earth, the vacuum-sealed sample was then placed in a vacuum chamber. The sample container has sat undisturbed until now.

Now, scientists from the European Space Agency (ESA) are gearing up to open that container of the moon soil after 50 years. Scientists hope to find loosely bound gases, such as hydrogen, helium, and noble gases in this core sample.

Scientists from the European Space Agency (ESA) are using the special piercing tool to access the gases preserved in the sample.

The specially designed tool will puncture the moon sample container and help capture trapped gases as they escape.

Preserved over half a century, these gas samples will then be sent to laboratories around the world for analysis.

Francesca McDonald, science and project lead at ESA’s contribution to ANGSA. Says “Each gas component that is analyzed can help to tell a different part of the story about the origin and evolution of volatiles [elements and compounds that can be readily vaporized] on the Moon and within the early Solar System,”